SA vs IND 2022: These 79 runs are more valuable than a lot of centuries – Aakash Chopra hails Virat Kohli’s knock 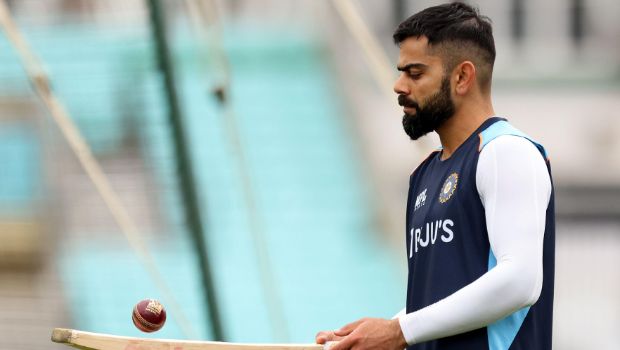 Former Indian opener Aakash Chopra has heaped praise on Virat Kohli after the Indian skipper scored a fine knock of 79 runs against South Africa in the first innings of the third Test match at Newlands, Cape Town on Tuesday.

Chopra stated that these 79 runs are more valuable than a lot of centuries as Kohli showed all the patience, gumption, grit, and determination in his innings.

Kohli had last scored his International hundred back in 2019 when he reached the three-digit mark against Bangladesh in the pink-ball Test. Thus, hopes were high after Kohli reached his 28th Test fifty with a gorgeous cover drive.

Kohli showed all the patience as he got off the mark on the 15th ball he faced as he pulled out a sumptuous cover drive from his quiver. The talisman took 158 balls to reach his fifty, which is the second slowest half-century in the red-ball version. The right-hander also left 89 balls as he fought hard for his runs.

Aakash Chopra said on his YouTube Channel, “We saw the patience, discipline, determination, dedication and that it is mind over matter. Whatever you want to see in a batter in Test cricket, you got to see that. A century has not been missed by 21 runs but he has scored 79 runs. These 79 runs are more valuable than a lot of centuries.”

“The lone ranger Virat Kohli was left alone as the entire team got out from the other end. You should write poetry in his praise, the sort of batting we saw. We see the beautiful shots from Kohli, we see the domination and the passion. Here, we saw the passion but not the domination.”

Ergo, Kohli played a high-quality knock on a difficult pitch and there is no doubt that he could have reached his century if he was not running out of partners at the other end.

“He did play the drives but played them only after forcing the bowlers to bowl straight, else he will keep on leaving the deliveries. If a partner had remained, he might have scored a few more runs and probably the wait for the century would have ended.”

The 44-year old renowned commentator added that it was the finest knocks one would ever see.

“Whoever saw this knock, will remember it for a long time. It was a knock of absorbing pressure, Kohli was exactly like a sponge. One of the finest knocks you would have seen.”

India was folded for a below-par 223 runs as Virat Kohli was the lone warrior whereas South Africa will begin the second day at 17-1.