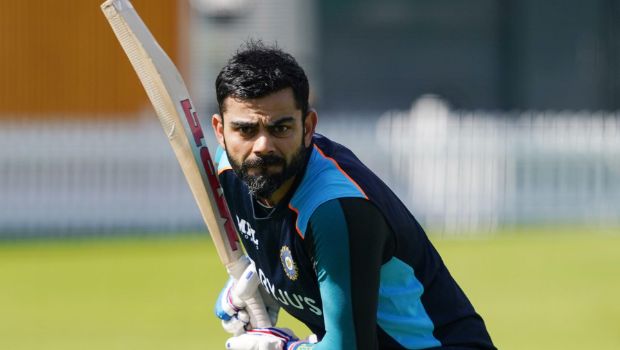 Kohli got off to a promising start as he scored 35 runs off 94 balls in the first innings of the opening Test match at Centurion against South Africa but he once again could not convert it into a big score.

The talisman was dismissed while meddling with the outside off-stump delivery in the first innings and it was a disappointing dismissal for him as he had settled but threw his wicket away. The right-hander was once again dismissed in a similar fashion as he chased a delivery outside the off-stump after scoring 18 runs off 32 balls.

In fact, Kohli had scored his last International hundred back in 2019 in the pink-ball Test match against Bangladesh and since then he hasn’t been able to get to the three-digit mark.

Kohli’s cover drive is one of his favorite shots but it has also led to his dismissals as he has been chasing the ball outside the off-stump. The right-hander has always been a consistent performer for the Indian team in all three formats but he hasn’t been at his best in the last couple of years.

“A lot is being said about Virat Kohli’s dismissals in the first Test match. I think some of it is unfounded and creates unnecessary chaos. Kohli has been exceptional in his run-making for India, he just needs to leave lot more balls outside the off-stump and buy time,” Gautam Gambhir wrote in his column for Times of India.

On the other hand, team management decided to put their weight behind Ajinkya Rahane despite his poor run of form in the first Test match. Rahane scored a crucial knock of 48 runs in the first innings, which will help him cement his place in the team’s playing XI in the second Test.

Gambhir further wrote, “I wasn’t too keen to play Rahane in the first game. But with a decent 48 in the first innings perhaps he would have won himself a place in the second Test match too. I’d continue with Cheteshwar Pujara at No. 3.”

India will look to continue their good form in the second Test match, which will be played at Wanderers, Johannesburg.