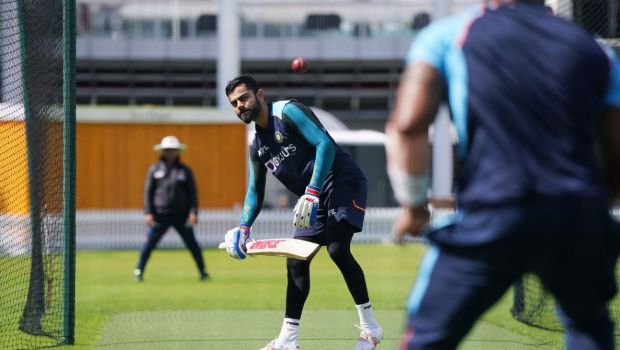 Former Indian opener Gautam Gambhir has showered praise on Indian skipper Virat Kohli after he scored a fine knock of 79 runs in the first innings of the third Test match at Newlands, Cape Town against South Africa on Tuesday.

It has been noticed that Kohli was getting dismissed while chasing the wide off-stump deliveries in the recent past.

However, Kohli showed all the patience as he got off the mark with a beautiful cover drive on the 15th ball he faced. Kohli kept leaving those balls which were not in his arc and played with aplomb as his knock was full of resistance.

Gambhir noticed that Kohli had shown the same kind of patience and had left the ball similarly on the England tour in 2018 when he scored 593 runs in five Test matches. In fact, Kohli left a total of 89 balls out of the 201 he faced and brought up his 28th Test fifty off 158 balls, which is his second slowest Test half-century.

Gautam Gambhir said on Star Sports, “Virat has said many times that when you go to England, you should leave behind your ego in India. Today, Virat Kohli left behind his ego in the kit bag and this knock reminds me of his very successful tour of England, where he got beaten many times but left a lot of deliveries outside off-stump.”

“Today, in the same way, he left deliveries outside off-stump, he got beaten as well but kept his ego with himself. He did not try to dominate the bowlers on every delivery.”

Gambhir added that Kohli decided to give respect to the South African bowlers as the conditions were conducive for seam bowling. The former Delhi captain noted that Kohli scored his runs through the cover region but also got his runs on the leg-side.

“When you play in these conditions and against such bowlers on the first day, where there is help for the bowlers, you play in your shell at times although the South African bowlers did give him that opportunity.”

“Along with that, his scoring areas might have been through the covers but he scored a lot of runs on his legs, which he has always done. So we saw a glimpse of the knocks he played in England.”

India was skittled out for 223 runs after Kohli’s knock of 79 while South Africa will begin their second day at 17-1.