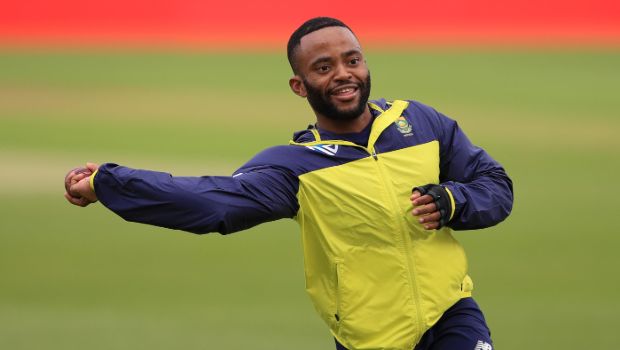 South Africa ODI captain Temba Bavuma believes his team can take a lot of confidence after they won the first ODI against India at the Boland Park, Paarl on Wednesday by 31 runs to take a 1-0 lead in the series.

The Proteas were able to outplay the visitors for the major part of the game as they came up with a fine performance.

The home team posted a par score of 296 runs on the board after Bavuma won the toss and decided to bat first. In fact, the hosts were in some sort of trouble at 68-3 after 18 overs but Bavuma and Rassie van der Dussen were able to get their team back in the contest.

Temba Bavuma took his time in the initial phase of the innings while van der Dussen was able to catapult his attack on Yuzvendra Chahal after a shaky start. Both the batters completed their respective centuries and added 204 runs for the fourth wicket partnership. Bavuma feels that the alliance between him and van der Dussen was the decider.

The Proteas captain feels his team played a near-perfect game as they were able to keep India at 265 as the tourists’ middle order could not get going despite a good start.

Temba Bavuma said in the post-match presentation, “We played close to a perfect game, that’s quite hard in 50-over cricket. We can take a lot of confidence. I struggled throughout the innings, Rassie seemed like batting on another wicket. That partnership was the decider. I tried to partner him as much as I could. Another good debut for him (Jansen), we feel he can take wickets with the new ball. He’s growing from strength to strength and it’s nice to see”.

On the other hand, Bavuma surprisingly opened the bowling innings with Aiden Markram. The part-time spinner struck in the fifth over of his spell as he removed the Indian captain KL Rahul. Furthermore, Keshav Maharaj, Tabraiz Shamsi, and Andile Phelukwayo also did a decent job with the ball for the Proteas.

Bavuma added, “Aiden is always an option with the ball, especially with the new ball. He’s been doing a fantastic job. Andile was good, he understood the situation. He knew what he needed to do. He’s a big player within the team. It’s good to see him take charge. Spinners have been great. Shamsi – we are trying to use him differently, using him at the death and he’s doing it well. Spinners have been good. Nice to have Quinny back, nice to see him smile. He’s a big player for me, he’s a big player for the team, his energy and his experience helps us a lot”.