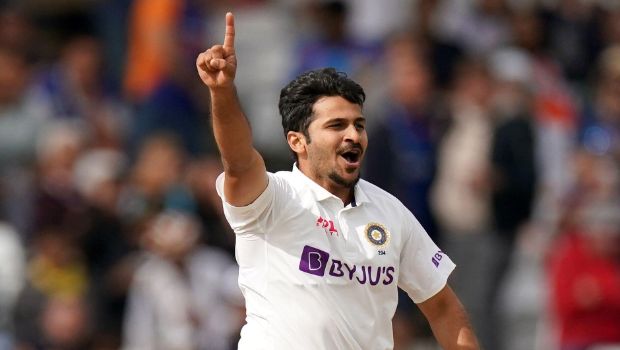 India’s all-rounder Shardul Thakur stated that they need to get as big a lead as possible in the ongoing second Test match at the Wanderers, Johannesburg against South Africa.

The visitors currently have a lead of 58 runs in the second innings and they have eight wickets in hand.

India’s two experienced batters Cheteshwar Pujara (35*) and Ajinkya Rahane (11*) are at the crease but both of them are under pressure as they haven’t been in the best of forms in the last two years.

The Indian bowlers did well to restrict South Africa at 229 runs in the first innings after Shardul Thakur returned with impressive figures of 7-61, which is the best for any Indian bowler against South Africa.

Meanwhile, India will look to get a lead of more than 200 runs to put their noses in front. It isn’t the easiest of pitches as the track has unpredictable bounce and the batting is expected to get even more difficult on the fourth day’s play. Thakur, on the other hand, was delighted with his performance as did a fine job.

“I am very happy about it. I have always said that I always focus on what I can do for the team. Today, Shami and Bumrah put good pressure, so my focus was to take wickets and that was how I planned. The match situation is tricky right now and we have to get as big a lead as possible. The last two days won’t be easy to bat on this pitch. So it is good that we get as big a lead as possible,” Shardul Thakur told reporters after the second day’s play in Johannesburg.

Cheteshwar Pujara adopted an aggressive approach as he raced to 35 runs off just 42 balls and played in an uncharacteristic manner. Thakur revealed that no message was given to Pujara as he has all the experience under his belt.

“It is good that my wickets came in handy for the team and they couldn’t take too much of a lead. Pujara and Rahane batted well and there were no messages for them as all the batters are experienced. Pujara looked comfortable and he had a few loose balls as they were looking to take wickets. He could manage a few bread and butter shots against the spinner,” Thakur added.

India will look to get a healthy lead while South Africa will aim to keep the visitors in check on the third day’s play.