Home » Cricket » SA vs IND 2022: We lost wickets in a bunch and that impacted us as a batting unit – Shikhar Dhawan 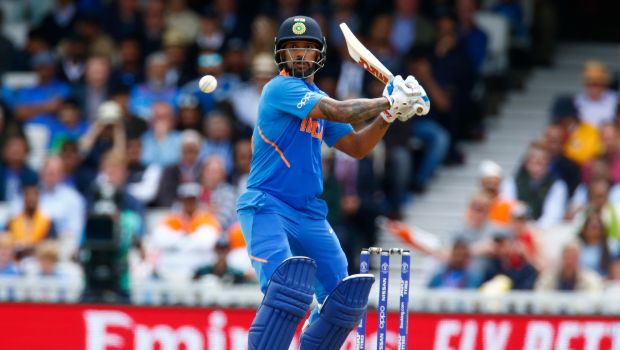 India’s veteran batter Shikhar Dhawan reckons the team lost wickets in a bunch in the first ODI against South Africa and that impacted them as a batting unit after they los the opening match by 31 runs at Paarl on Wednesday.

The visitors were going strong in the run-chase of 297 runs after Virat Kohli and Shikhar Dhawan added 92 runs for the second wicket but they lost wickets in cluster which put them on the backfoot.

Meanwhile, India was going well in the run-chase as they were 138-1 but slipped to 188-6 after the middle-order failed to create any impact. The tourists’ lost the wickets of well-settled Shikhar Dhawan and Virat Kohli and the likes of Shreyas Iyer, Rishabh Pant and Venkatesh Iyer could not get going.

Shikhar Dhawan said in the virtual press-conference, “We had a good start. I feel the wicket was slow and there was a little bit of turn as well. When you are chasing a total of close to 300, it is not easy for the middle-order to come in start hitting the big shots right away. We lost wickets in a bunch and that impacted us as a batting unit.”

Dhawan added they are looking to build the team for the 2023 World Cup and there will be some hiccups along the way, which will be the learning curve for the team.

“Our thought process as a unit or as a team is that we are building a team for the 2023 World Cup. There are going to be a few hiccups here and there, which is totally fine. As a team, we analyse how we can get better. I feel that we all now have good clarity that we have got this bunch. We have to refine this.”

The southpaw, who top-scored for India with 79 runs, highlighted that they are looking to give opportunities to young players and they will gain experience and get better.

“Rohit is not here. Once he comes back, we will have more experience and the middle order will become stronger. The youngsters who are getting chances here will gain from this experience and get better. If something doesn’t work out in a game, it is okay. We are looking at the bigger picture.”