SA vs IND, 3rd Test, Day 2: Mohammad Shami’s two quick wickets got us back into the game, says Jasprit Bumrah 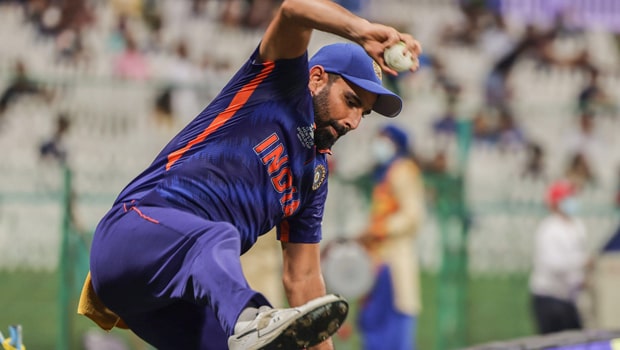 At one point on Day 2 of the series decider, South Africa seemed to be running away with the game as Keegan Petersen and Temba Bavuma looked quite formidable in the middle. Petersen, especially, looked to be in splendid touch despite this being only the sixth test in his international career. Along with Bavuma, Petersen kept the scoring board ticking at a brisk pace and South Africa threatened to take a first innings lead.

It was at that point that Indian pacer Mohammad Shami took two wickets in the same over to wrestle control of the match back after lunch. Shami got rid of Temba Bavuma (28 off 52) and Kyle Verreyene (out for a duck) in the 56th over to reduce the Proteas to 159 for 6.

Jasprit Bumrah, who himself took a spectacular five-wicket-haul to rock the hosts’ batting unit, called it the turning point of the innings. He lavished praise on Shami’s seam movement and expressed how he loved bowling in tandem with the senior bowler.

“His spell was fantastic; he got us back into the game with his two quick wickets. Because at that time, not a lot was happening and he really generated good rhythm, he got control, and he started running in and was bowling at high pace as well.

So, his control has gotten better over the years and it’s very heartening to see his seam position is one of the best in the world. He’s got a lot of skill, but he has understood his game a lot better now, he’s trying to utilize his game and skills to the best of his potential,” Jasprit Bumrah said at the post-day press conference.

“So that’s very, very heartening to see – whatever the scenario is, whenever he runs in and gives it his all for the team, that’s a very heartening sight for us. And for me as well, to bowl alongside him, whenever he is going through a tough spell or good spell, we have a lot of conversations going on and that really is a great sight to see,” he added.

Mohammad Shami first induced a thick edge from Temba Bavuma and Virat Kohli took a spectacular catch in the slips to get rid of him. Two deliveries later, Kyle Verreyene couldn’t help but nick the ball as it travelled safely into the gloves of Rishabh Pant.

Jasprit Bumrah also took a fifer as the Indian bowlers pulled things back and bundled out South Africa for 210, thus maintaining a marginal lead over them. The batters then extended that leave to 70 runs for the loss of two wickets by Stumps on Day 2.