Home » Cricket » SA vs IND: KL Rahul likely to lead India in ODI series if Rohit Sharma does not recover in time – Reports

SA vs IND: KL Rahul likely to lead India in ODI series if Rohit Sharma does not recover in time – Reports 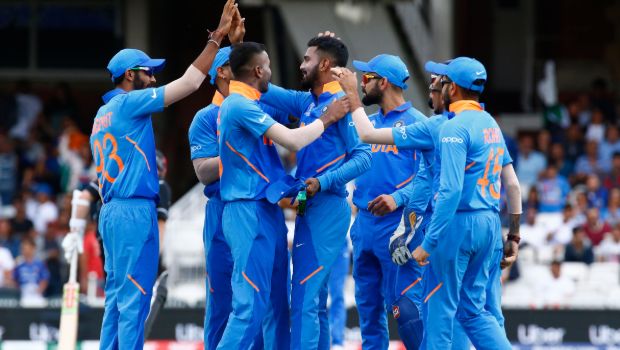 It has been reported that KL Rahul will lead India in the three-match ODI series if Rohit Sharma does not recover in time from his left-leg hamstring injury.

Rohit was named as ODI captain after Virat Kohli was sacked by the Indian selectors before the South African tour. KL Rahul was then named India’s vice-captain for the ongoing Test series against South Africa after Rohit Sharma was ruled out due to injury.

In fact, KL Rahul is expected to be named as the new full-time white-ball vice-captain and he could begin his first assignment as a captain in the series against the Proteas. Rahul has the experience of leading Punjab Kings in the Indian Premier League in the last two seasons and he is reported to don the captaincy hat for the Lucknow franchise.

“Rohit Sharma is not fully fit, and it would not be feasible to send him to South Africa with the squad for the ODI series if he does not recover in time. In case of new ODI skipper’s absence, KL Rahul will be given the charge of captaincy,” a Board of Control for Cricket in India (BCCI) source told Sports Tak on Monday.

On the other hand, Virat Kohli had earlier clarified that he is available for the ODI series against South Africa. Furthermore, Shikhar Dhawan, who was not part of the T20I World Cup squad is expected to return to the ODI team.

Tamil Nadu explosive batter Shahrukh Khan, who scored 253 runs in eight matches at a whirlwind strike rate of 186.03 in the Vijay Hazare trophy could also get his maiden call-up in the ODI squad.

“Selectors are likely to be meeting on January 30 or 31. It is also expected that Ashwin, Dhawan, Ruturaj, and Iyer will be joining the team. No decision has been taken on Shahrukh Khan but the discussions have taken place,” the source added.

The first ODI between South Africa and India will be played at Boland Park, Paarl on January 19.