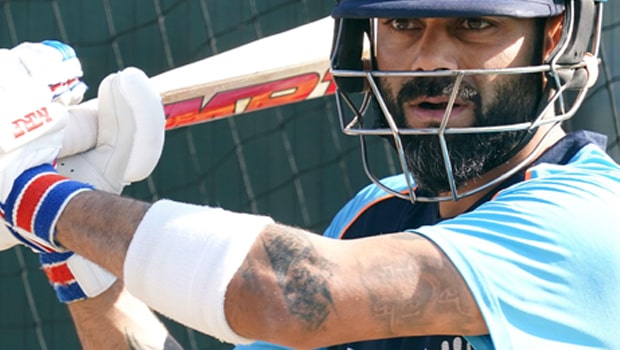 India had yet another forgettable outing with the bat against South Africa. Deciding to bat first after winning the toss, India kept losing wickets at regular intervals and captain Virat Kohli was the only sliver of hope for the team. Returning to the side after missing the previous Test due to a back spasm, Kohli showed immense control and application to deal with the challenge of the South African bowlers and played a world-class knock.

Former South African cricketer Shaun Pollock lavished praise on Kohli and mentioned that mental application was a big reason behind his tremendous knock. He had arrived to the crease with the mindset of grinding it out and getting a big score.

“Mental application was the key to him. I think he came in with the mindset that, ‘I haven’t got a 100 in a while so I’m going to get stuck in here and try and get a big score and try to get to the three-figure mark.’ He was very, very watchful about what he did.

“It was the second-slowest fifty that he’s ever compiled. The slowest was off 170-odd balls, I think it was in Nagpur on a very slow surface. And the third-slowest was off 120 so it just shows on the scale where it fits in,” said Pollock.

Although he was undone for 79 runs, with the wait for the 71st ton still ongoing, Kohli’s dismissal was more down to the situation than his own fault. Wickets kept falling at the other end and the Indian captain got to a point where he could neither rotate strike nor take quick singles. That increasing pressure took a toll and, in the end, he nicked a Kagiso Rabada delivery.

Prior to this match, Virat Kohli had repeatedly gotten out while chasing deliveries outside off-stump. On this occasion, however, he was extremely mindful and judged and left balls quite well.

“I think also, the shot selection. He didn’t go after anything, was very conscious about waiting for the bad balls. There were a few half-volleys that were bowled to him and every time he got one of those, he put those away. It was a different Virat Kohli innings and I must say, I enjoyed it,” Pollock added.