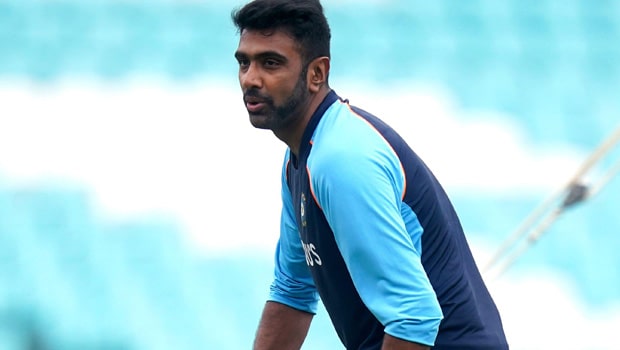 Ravichandran Ashwin has had yet another incredible year. Not only did he take more than 50 wickets in Test cricket in 2021, but the veteran spinner also made his comeback in India’s limited-overs squad this year. The most incredible part about Ashwin’s wicket-taking streak is the fact that he got the job done despite missing several away Tests.

Ashwin is one of the greatest spinners in the history of Indian cricket. He’s now the third highest-taker for India in the purest format of the sport and has established himself as a vital cog in the side. This is why several fans and experts questioned his non-inclusion for the away series against England earlier this year.

Former Indian cricketer Saba Karim expects a different line of communication from the new team management which is led by head coach Rahul Dravid when it comes to Ravichandran Ashwin. Although it will be difficult to drop him for the tour of South Africa based on current form, Saba Karim feels that if he’s indeed not included in the team, then the decision will be communicated to him with more clarity.

“I’m sure the previous team management would also have tried their best to explain to Ravichandran Ashwin the reason for not picking him for the team’s overseas matches. But it is very difficult to convince Ashwin. A different kind of communication is needed to convince him. I’m confident that his management will surely communicate well if such decisions need to be taken yet again,” he said on YouTube channel Khelneeti.

Ashwin was in incredible form against New Zealand as well. He picked up three wickets from two matches during the T20I series and then went on to add another 14 wickets during the two Test matches in Kanpur and Mumbai. Ashwin was also named the Player of the Test Series.

“Both performance and conditions matter a lot and you ought to play an in-form player. Ashwin is your premier spinner and it will be tough to drop him in South Africa,” Saba Karim opined.

The former Indian cricketer also explained that India prefer to play with five bowlers on overseas tours. As a result, Ravindra Jadeja is ahead of Ravichandran Ashwin in the pecking order because of his better batting abilities.

“When go out overseas in seaming conditions, then India’s template is to play with 5 bowlers with 4 seamers and 1 spinner. They need a good all-rounder at number 7, as they are playing with just 6 genuine batters. This is why Jadeja is preferred in overseas conditions. But I believe you need bowlers who can get you breakthroughs, which is why I feel Ashwin should get a chance in South Africa as well,” he concluded.