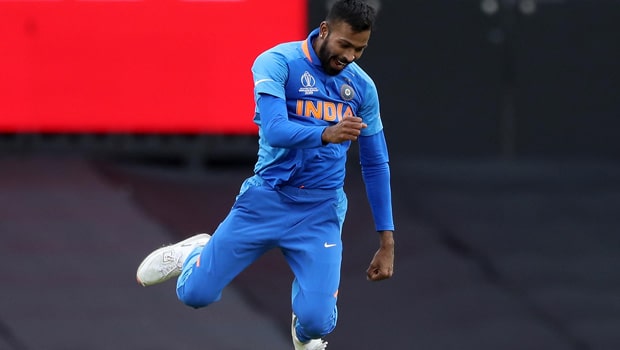 Hardik Pandya’s place in the Indian cricket team has come under the scanner ever since cricket resumed following the pandemic. Pandya hasn’t been able to contribute regularly with the ball given his persistent injury issues and therefore, he’s no longer guaranteed a starter spot in the Indian team.

With his place in the side up for grabs, the search for an all-rounder goes on but former Indian cricketer and selector Saba Karim feels that Team India have already found his replacement. Venkatesh Iyer’s rise in the second leg of IPL 2021 was breath-taking. The 26-year-old almost single-handedly galvanised the Kolkata Knight Riders batting lineup with his fearless intent at the top of the order. Iyer’s inclusion in the side helped them reach the final of IPL 2021.

Following the successful IPL season, Venkatesh Iyer was fast-tracked into the Indian cricket team. He made his debut in the T20I series against New Zealand and has continued to show his prominence in domestic cricket.

Former Indian wicket-keeper Saba Karim thinks Venkatesh Iyer is a like-for-like replacement of Hardik Pandya in India’s white-ball setup. “Venkatesh Iyer has performed really well while batting at No. 5 or No. 6 in the Vijay Hazare trophy. If we are looking at the replacement for Hardik Pandya, we have already found the player,” Karim said on the Khelneeti podcast.

Iyer has been in stellar form for Madhya Pradesh in the Vijay Hazare Trophy. In four matches, he has scored 348 runs which includes two centuries already. He’s the second-highest run-scorer in the competition behind Maharashtra’s Ruturaj Gaikwad who has also been in jaw-dropping form. The IPL 2021 Orange Cap winner smacked three consecutive hundreds in his first three Vijay Hazare Trophy matches this season and is showing no signs of slowing down.

Saba Karim feels that both Venkatesh Iyer and Ruturaj Gaikwad will play an important role in the Indian team and their development must be prioritised. “I believe that Venkatesh Iyer and Ruturaj Gaikwad have almost entered the first-team squad, and I’m talking about white-ball cricket. If we have to start the preparation for the 2023 World Cup, these two players should be part of the squad as soon as possible.

“They should be given as much exposure as possible. Both these players provide a different spectrum for the team. Gaikwad can be the backup opener with Rohit Sharma and KL Rahul going strong,” he concluded.