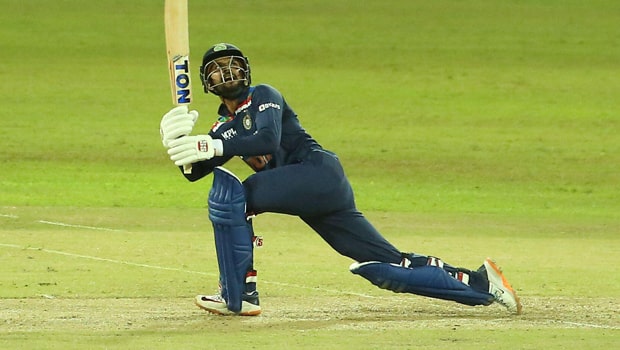 The BCCI announced India’s ODI and T20I squads for the series against West Indies on the night of Republic Day. The return of Kuldeep Yadav, the inclusion of Ravi Bishnoi as well as the likes of Rohit Sharma and Washington Sundar returning from injuries were some of the major talking points as far as the squads are concerned.

However, one point that irked a lot of people was the exclusion of Ruturaj Gaikwad from the T20I squad. Former Indian selector Saba Karim was surprised by his absence in the shortest format and believes that Gaikwad was selected to the national team on the basis of his consistent T20 performances in the IPL.

“Ruturaj is not part of the T20 team but has been included in ODIs. He was chosen for international cricket on the basis of his T20 performances. So a couple of changes are really absurd. Hopefully, we get a settled combination soon because there is not much time left (for the World Cup),” said Karim on his Youtube channel Khelneeti.

The 24-year-old made his international debut during the T20I series against Sri Lanka last year when the senior Indian side was still in England. He had been included in the ODI squad for South Africa but didn’t get any opportunity to play.

Ruturaj Gaikwad, who is usually an opening batter, will find it difficult to stake a claim at the top of the order. The competition for the top order might be concerning for Ruturaj and there have also been calls to fit him into the middle order. Virat Kohli’s childhood coach Rajkumar Sharma shared an anecdote from his pupil’s career when asked about Gaikwad’s dilemma.

“I remember when Virat debuted in Sri Lanka (in a T20I), Virender Sehwag got unfit. He (Virat) was told to either open or bat at 7. He said he will open though he had never opened even for our academy, leave alone in the Ranji Trophy. It all depends on the mindset of the player.

“There is no place at the top since four players, Rohit Sharma, Virat Kohli, Shikhar Dhawan and KL Rahul, are already fighting for three slots. Ruturaj will have to wait, unless one of these players fail. I don’t think that an opener should be moved to the middle-order. In the end, it all depends on the player, whether he is ready to adapt and accept the challenge,” he concluded.