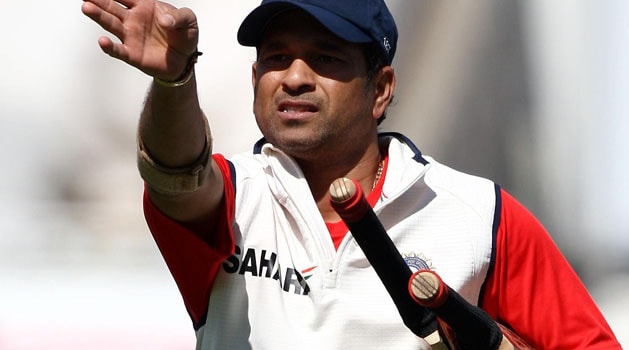 Sachin Tendulkar’s Birthday is a pretty special occasion for all of India. It’s a day when everyone desires to shower the maestro with gifts, afterall he has given us so much to cheer for in his long career which spanned over two decades. However, one instance when he gave a return gift to a billion Indian cricket fans and that too on his own Birthday was when he powered the Indian team to a victory against Australia with a breathtaking century in the Coca Cola Cup final at Sharjah in 1998.

Tendulkar was coming into this match on the back of an iconic knock of 143 against the same opponents in the previous match, an innings which is famously known as the ‘Desert Storm’ in cricket history. It couldn’t transpire in a victory for India unfortunately but it was enough to power India into the finals at Sharjah, which served as the plot for another magnificent knock of 134 by Tendulkar and an eventual win for India.

Australia had found themselves in a pickle while batting first in the final as they had been reduced to 85 for 4 and then to 121 for 5 by the Indian bowlers. However, a 103-run stand for the sixth wicket between Steve Waugh and Darren Lehmann helped Australia to get back into the game. They posted a total of 272/9 on the board with Steve Waugh and Darren Lehmann ending up as the top scores with scores of 70 each to their names.

The chase was going to be quite steep once again. Tendulkar was in excellent form but playing in a final is always a different ball game. Moreover, he had been short of support from the other Indian batsmen for the major part of the tri-Series. However, Tendulkar wasn’t someone who was going to get psyched by the enormity of the occasion. He carried his fine form into this match once again and took the attack on to the Australian bowlers after a watchful start. Sourav Ganguly, his opening partner, departed after a decent 39-run opening stand and the task for propelling India home was left on Tendulkar’s shoulders once again.

Tendulkar literally teed off after the fall of Ganguly’s wicket. He formed an 89-run stand with Nayan Mongia for the second wicket and the number three batsman scored just 28 of those runs. That makes it clear how Tendulkar dominated that phase. Although Mongia departed after getting a start as well, the little master found support this time from the Indian skipper Mohammad Azharuddin.

The duo shared a 120-run stand and took India’s score to 248 in the 45th over of the innings. That was when Tendulkar departed but Azharuddin’s 58 and brief cameos of 11* and 6* by Ajay Jadeja and Hrishikesh Kanitkar helped India cross the line with nine deliveries and six wickets to spare.

India won the Coca Cola Cup as a result of such a fine batting performance and Tendulkar’s knock of 134, which consisted of 12 fours and 3 sixes, was at the helm of it.