Home » Cricket » On This Day: The unforgettable ‘Desert Storm’ by Sachin Tendulkar

On This Day: The unforgettable ‘Desert Storm’ by Sachin Tendulkar 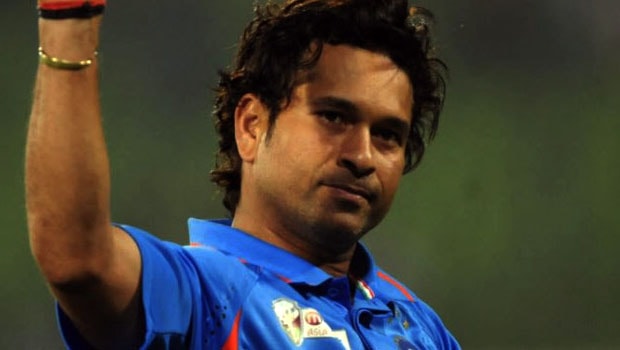 Sachin Tendulkar has played many memorable knocks in his ODI career but none can match his iconic knock of 143 against Australia in the final League match of the Coca Cola Cup at Sharjah in 1998.

Although India still went on to lose the match, Tendulkar’s innings ensured that they entered the final of the Tri-Series by piping New Zealand in the net run rate game. The Indian batting maestro’s innings on this day was quite significant as it not only earned them a ticket to the finals but it gave India a chance of having another shot at the Aussies along with laying their hands on the Cup.

Australia used to be the strongest team in the world during that period. They batted first and rode on Michael Bevan’s century to post a challenging total of 284/7 on the board.

The target was already quite daunting but India needed to score only 237 to book their ticket for the finals. But a short interruption due to a storm that passed through Sharjah meant the target was revised to 275 in 46 overs. It was a tough ask but Tendulkar was going to give the Australian bowlers a run for their money.

He opened the innings for India along with Sourav Ganguly and they put on 38 runs for the first wicket inside the first nine overs of the innings. After Ganguly departed, Nayan Mongia walked out to bat and from that moment, Tendulkar completely teed off.

The little master took Shane Warne in particular to the cleaners. He read him flawlessly and even though Warne’s figures read a decent 9-0-39-0, most of those runs came off Tendulkar’s bat.

Tendulkar kept firing from one end even though India’s wickets kept tumbling at the other end. He played 131 deliveries and amassed 143 runs in total. He was finally dismissed in the 43rd over of the innings with India’s score on 242. All India could manage in their quota of 46 overs was 250/5.

The then India captain Mohammad Azharuddin had recalled that match, and Sachin’s innings, in an interview with The Telegraph, “That victory (in the final) will always remain memorable since we won in Sharjah after a long time, almost four years. At one point when the storm came in, our first thoughts were how long would it last! That was because the more time got wasted, the more tough the calculations were becoming… In the end, Sachin was brilliant.”

Tendulkar didn’t stop there and went on to score 134 runs in the final against Australia. This time, however, it came in a winning cause and India lifted the Coca Cola Cup.