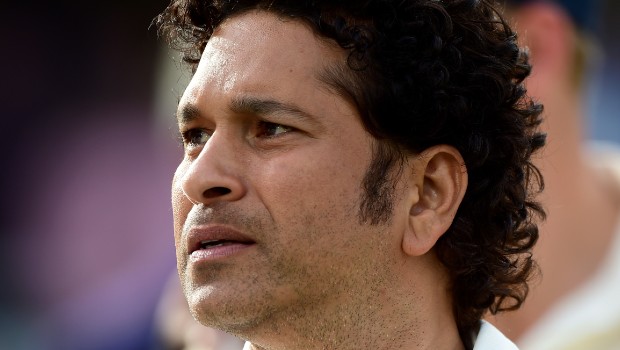 The former Indian legendary batsman Sachin Tendulkar has shed light on England’s veteran fast bowler James Anderson’s success with the reverse swing. It is well known that Anderson has great skills to swing the ball both ways and he has troubled the batsmen with his craft.

Anderson has achieved great success at the top level as he has scalped 584 wickets in 151 Test matches at an average of 26.83. The swing master has bamboozled the best batsmen with the help of his swing and accurate line and length.

Tendulkar, who was dismissed by Anderson on nine occasions in the Test fold, credited the England seamer’s shrewdness in getting the best of himself. Sachin stated that Anderson would show that he is going to move the ball away from the batsman but he would do the opposite. Anderson would change his grip at the 11th hour and thus the batters will not have any time to adjust.

The batsman would be playing for the outswinger but he would be done by the inswinger and thus Anderson savoured great success with reverse swing.

“What I experienced over a period of time is that he would hold the bowl as if he is bowling an outswinger but the release point, he would try and bring the ball back in. The number of batters would look at the wrist position and what he has actually done, he has shown you that he is bowling an inswinger but the imbalance between both sides of the ball will take the ball away from you,” Sachin Tendulkar said while talking to Brian Lara on 100 MB app.

“But what he has done, he has got you to commit to play for an outswinger and the ball after covering almost 3/4th of the length of the pitch starts leaving you. And that is something which was new to me,” he further added.

“Nobody had done that, now I have spotted even Stuart Broad doing that. But Anderson started this long time ago. So, I rate him very, very high and he is one of the best exponents of the reverse swing,” Tendulkar added.

James Anderson has been a champion bowler and he knows how to work out a batsman. The veteran pacer is brilliant especially in the English conditions and he is mostly right on the money.

Anderson has bamboozled the best in the business with his skills to move the ball both ways. The experienced seamer also pitches the ball in the corridor of uncertainty and that’s why he gets success.

Anderson is currently the highest wicket-taker in Test as a fast bowler and he is fourth highest on the list behind Muttiah Muralitharan, Shane Warne and Anil Kumble.