Sachin Tendulkar wasn’t enjoying cricket, wanted to give up in 2007 – Gary Kirsten 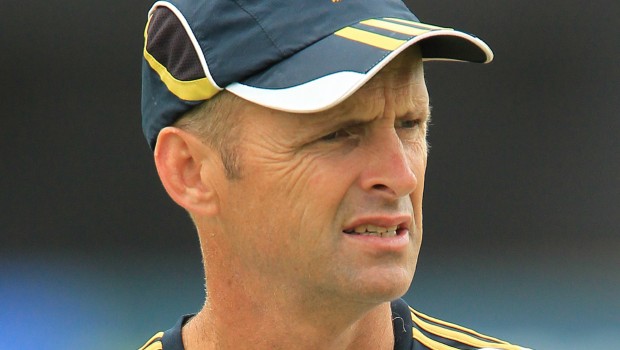 Former Indian head coach Gary Kirsten has revealed that legendary batsman Sachin Tendulkar wasn’t enjoying cricket and wanted to give up the sport in 2007 when the South African took charge. Sachin’s career was at all-time low when India could not qualify for the Super Eights of the 2007 World Cup and they were knocked out after losing to Bangladesh and Sri Lanka.

Furthermore, it is well known that Sachin has always delivered his best when he has opened the innings for the team in the ODI format. However, Sachin was batting at number four in the 2007 World Cup. Ergo, Sachin was not happy with his batting position under the coaching stint of controversial Greg Chappell.

Subsequently, Gary Kirsten was given the coaching duties and he was able to get the best out of the players. Sachin went back to his opening position and India also lifted the 2011 World Cup. The legendary batsman was the second-highest run-getter of the tournament as he had scored 482 runs.

Speaking on Talk sports’ Following On podcast, Kirsten said, “If I think of Sachin Tendulkar at that time, where he was when I arrived in India… he wanted to give up the game. According to him, he was batting out of position, he wasn’t enjoying his cricket at all. Three years later, he scores 18 international hundreds in three years, goes back to batting where he wants to bat, and we win the World Cup.”

Kirsten also added that he was able to get the best of Sachin Tendulkar by giving him the right environment in which he was able to thrive. It is the coach’s responsibility to manage the players with aplomb and the ones who can do it, eventually end becoming good coaches.

The former Proteas opener revealed that he didn’t tell Sachin what he needed to do as he had all the experience under his belt. However, there is no doubt that Kirsten was able to get the best of every player as he gave the freedom to every player to grow in confidence.

It is well known that the coaching at the highest level is more about man-management than it is about ‘coaching’ the players. There was hardly any chunk in Sachin Tendulkar’s armour in 2007 but he just needed the space to perform to the best of his abilities. Hence, it is crucial for a coach to maintain harmony in the team and Kirsten was able to do it with great success under his tenure.