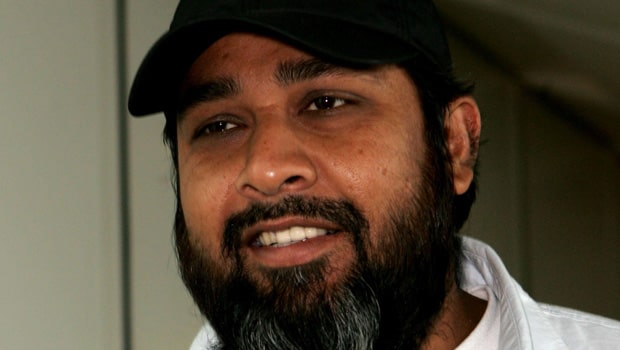 Former Pakistan skipper Inzamam-ul-Haq has rated Sachin Tendulkar’s knock of 98 runs against Pakistan in the 2003 World Cup as one of the Master Blaster’s best innings of his career. Tendulkar was at his absolute best against the arch-rivals and he batted at the top of his game in that game.

India was chasing a challenging total of 274 runs and it was crucial that they had a good start against a quality Pakistan bowling line-up. Sachin was able to hit the ground running as he took the attack against the opposition bowlers. The talisman scored 98 runs from only 75 balls with the help of 12 fours and a maximum.

Sachin’s solitary six in that game is still etched in the memories of the cricket fans as he had played a fine upper-cut over the third man boundary against Shoaib Akhtar. Meanwhile, Yuvraj Singh and Rahul Dravid had added the finishing touches as India cruised to a convincing win of six wickets.

In fact, Sachin was in sublime form throughout the 2003 World Cup as he finished as the highest run-getter of the tournament with 673 runs in 11 matches at an average of 61.18.

Meanwhile, Sachin played some great knocks in his glorious career. However, he was in a different touch all together against Pakistan in the 2003 World Cup. The way Sachin scored his runs against Waqar Younis, Wasim Akram and Shoaib Akhtar was a treat for all the cricket fans.

“I have seen Sachin play a lot but the way he batted in that match; I have never seen him play like that before. The way he played against our fast bowlers in those conditions was superb. I think he scored 98 before getting out to Shoaib Akhtar,” Inzamam told India off spinner Ravichandran Ashwin on his YouTube show ‘DRS with Ash’.

“I feel that the innings of Sachin was one of his best,” Inzamam added.

Sachin Tendulkar always brought his best in the World Cup matches and his performances were always instrumental in the success of the team. Sachin played with great freedom in that game and took the attack to the opposition and thus took off all the pressure from the shoulders of the rest of the batsmen.