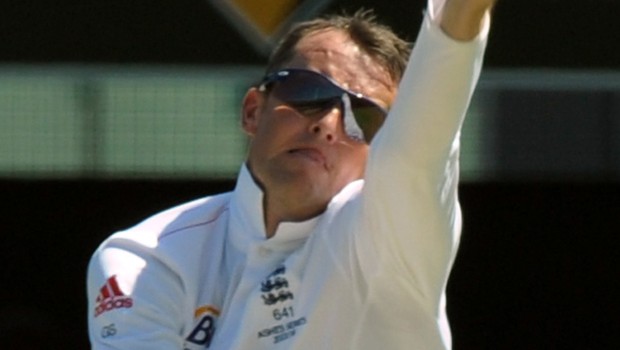 Former England spinner Graeme Swann reckons saliva ban shouldn’t affect the spinners. It is known that the spinners get more drift in the air if the ball is properly shined but Swann feels the opposite. Swann feels that it is better for the spinner if there is less shine on the ball and it can help him get more turn with a rough ball.

The former England off-spinner added that the ball grips more on the rough side. It is known that the old ball provides more assistance to the spinners and thus they are brought up into the attack after the seamers bowl their first spell.

Meanwhile, there is not much help for the seamers since the ICC has banned the usage of saliva during the Covid-19 era. The players can only use their sweat and there wasn’t a lot of swing on offer in the first Test match between England and the West Indies at Southampton.

In fact, earlier, the ball used to swing in the direction of the shine. However, with no saliva on the ball, the ball is now moving towards the rough side.

Graeme Swann said while talking to Times of India, “I don’t see how the lack of saliva is going to make things difficult for the spinners. The lesser the shine on the ball, the better it is for the spinners in my view. When I was playing, I had the habit of keeping one side shiny but it was more so to help the seamers that were bowling at the other end. I used to grip the ball with the rough side against my palm. I think I got a lot more drift because of that. So shine on the ball never played a big role in my bowling”.

West Indies spinner Roston Chase was able to produce the turn even with the new ball in the first hour of the second Test match at Manchester.

The saliva ban has been discussed by many cricket boffins. Some of the experts reckon that the pitches can be made bowling friendly in order to help the bowlers or two new balls can be used for 50 overs each to even out the contest between bat and ball.

On the other hand, ICC chief executive head Anil Kumble had confirmed the saliva ban is an interim measure and it would be lifted once the coronavirus problem is solved. ICC had decided to ban the usage of saliva after consulting the medical experts.