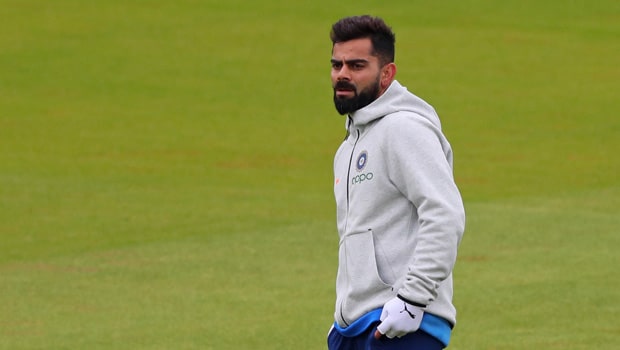 Speculation and controversy have been rife in Indian cricket over the past few days. It all began with the sudden and unexpected announcement of Rohit Sharma as the new ODI captain of the team. The BCCI failed to communicate the official reason behind this decision.

Although the BCCI President Sourav Ganguly later mentioned that the board decided to have a single captain across both the white-ball formats, it was too little too late. Recently, several reports have claimed that Virat Kohli has decided to skip the ODI series against South Africa as he wishes to spend more time with his family.

While this hasn’t been officially confirmed, the timing of the break given Kohli being replaced by Rohit as ODI captain recently had sparked stories of a rift between the two senior figures in the dressing room. Former Pakistan captain Salman Butt also believes that questions will be raised if Kohli decides to miss the ODI series.

“Questions would be raised on what is happening. Not everybody would take the reason that’s coming out, that he (Kohli) wants to be with family. I really can’t stay much about it and don’t want to speculate. It could just be a coincidence that Rohit will be unavailable for the Test matches in South Africa and Kohli (reportedly) for the one-dayers. Having said that, if this carries on, we would soon come to know what’s going on,” Butt said on his YouTube channel.

He also went on to mention that Virat Kohli’s absence will be very helpful for South Africa as they hope to stun India. Rohit Sharma is also likely to miss the Test series due to an injury. This comes as a massive blow to India given Rohit’s rich form in Test cricket this year.

“India are likely to miss both (Rohit and Kohli) in one series each. It will be a question mark for India to fill their places in the two series’. At the same time, it will be a big relief for the opposition since both are main players. Rohit’s mere presence makes a difference and it’s a big loss at the top of the order (in Tests),” Butt added.

Meanwhile, former Indian captain Mohammad Azharuddin backed Virat Kohli’s decision to skip the ODI series. However, he also mentioned that the timing should’ve been better and it makes the situation quite volatile.

“Virat Kohli has informed that he’s not available for the ODI series & Rohit Sharma is unavailable for the upcoming test. There is no harm in taking a break but the timing has to be better. This just substantiates speculation about the rift. Neither will be giving up the other form of cricket,” he tweeted.