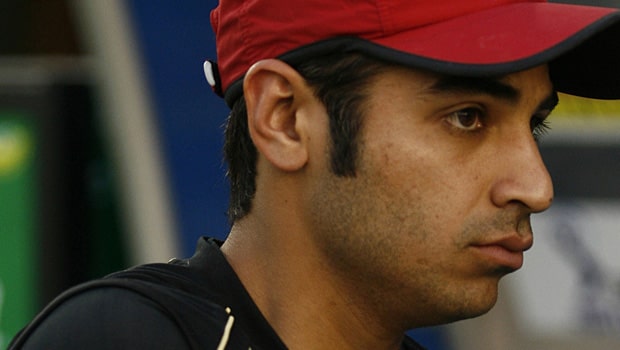 The third T20I between India and New Zealand at the Eden Gardens in Kolkata may have been a dead rubber with the Men in Blue already wrapping up the series but it showed glimpses of Axar Patel’s potential in the shorter formats. In his spell of three overs, the all-rounder spun a web of deceit for the Kiwi batters who had no option other than to take the bait.

In front of nearly 40,000 spectators at the Eden Gardens, Axar Patel picked up three wickets and conceded just nine runs in his three overs! He was deservedly awarded the Man of the Match for his exploits.

The focus will now switch to the Test series against New Zealand where Axar Patel will be competing for a place alongside Ravindra Jadeja. The 27-year-old’s previous outing in the home Test series against England proved to be a massive success. He made his debut in that series and by the end of the three Tests, he had 27 wickets to his name!

Former Pakistan captain Salman Butt feels that although Axar Patel has been performing brilliantly, it’ll be hard to displace Ravindra Jadeja from the lineup. Jadeja adds a lot to the team besides his bowling and Axar is not quite in the same league yet.

“Axar Patel is extremely talented, but Ravindra Jadeja is a complete player. Be it batting, bowling or fielding, he is an outstanding team man. So definitely when one player goes, his replacement comes.

“If you don’t have Jadeja, then you have Axar Patel, but at the moment, I don’t think Axar and Jadeja are in the same league. Axar is very talented and can take that place in the future, but Jadeja is the better option right now,” said Butt on his Youtube channel.

During a Q&A session in the same video, Salman Butt was also quizzed about who he thinks are the best spinners in the world. Without thinking too long, the former Pakistan cricketer mentioned the names of Ravichandran Ashwin and Nathan Lyon. He also praised South African and Pakistan spinners Keshav Maharaj and Yasir Shah.

“I think there are 2-3 very good spinners. Ashwin is one, Nathan Lyon is another. They are top-quality spinners. Yasir Shah has not played much of late. He took 200 wickets very quickly.

“I think there are very few spinners right now who can perform well in Test cricket across the world. Keshav Maharaj is an excellent spinner as well,” Salman Butt replied.