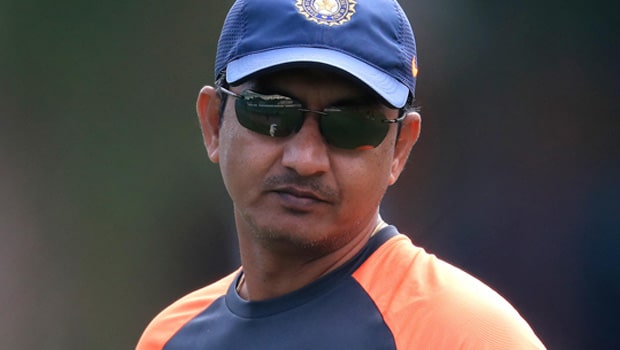 Ravichandran Ashwin has been in incredible form in Test cricket. He went past Harbhajan Singh to become the third highest wicket-taker for India in the red-ball format in the first Test in Kanpur. He has already picked up seven wickets in the ongoing second Test against New Zealand. Ashwin is just eight wickets short of reaching Kapil Dev’s total of 434 Test wickets.

Former Indian batting coach Sanjay Bangar lauded Ashwin’s efforts. The 35-year-old is close to taking 300 Test wickets at home and during a discussion on Star Sports, Bangar said, “He can challenge Muralitharan’s record if he remains fit for a long time because Muttiah Muralitharan has himself said that if someone can break his record, it is Ravichandran Ashwin.”

The former Indian all-rounder also remarked how Ashwin’s career has seen an upward trajectory lately. The spin-bowling all-rounder was included in India’s T20 World Cup squad and has been making a return in limited-overs cricket.

“The way he bowls and bowls the long spells and we have seen of late that it is his second wing because he has made a comeback in T20 cricket as well. He has concentrated more on his off-spin while playing Test cricket. So, I feel the indications are good that he might cross that milestone as well,” Banger added.

It might be easier said than done, however, to get close to Sri Lankan legend Muttiah Muralitharan’s record. Muralitharan is the highest wicket-taker in the history of Test cricket and has 800 scalps to his name from 133 matches. 35-year-old Ashwin, in contrast, has 426 Test wickets going into Day 4 of the second Test against New Zealand. Anil Kumble, who has taken the most Test wickets for an Indian bowler (619), could prove to be a more realistic target for Ashwin.

Aakash Chopra was also asked about Ravichandran Ashwin’s exploits in Test cricket this year. He became the first bowler to breach the mark of 50 Test wickets in 2021. This is the fourth time that he has managed to breach the milestone in his career.

“It’s incredible because there were four Test matches in between where he didn’t play at all. He did not play the Brisbane Test as well because he was injured. He has taken 50 wickets in a year even after missing five matches.

“So, you will have to bow before his stature in the team. He does a fantastic job, picks up wickets. I feel he will take a five-wicket haul tomorrow as well,” said Aakash Chopra.