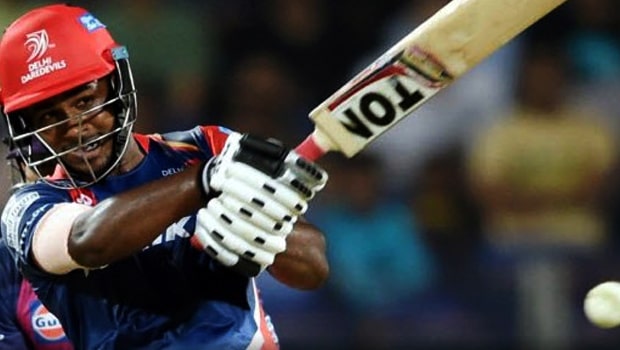 Sanju Samson’s call up into the Indian T20I squad for the home series against Bangladesh has opened a new chapter in his life. He would be looking to add meaning to it by carrying his good domestic form forward into the international arena.

The 24-year-old has been on the national team radar ever since he made his first-class debut in 2011. His eye-catching strokeplay and ability to play even the best of bowlers with ease used to leave everyone awestruck. His two Indian T20 League centuries, with the most recent one coming earlier this year against a strong Hyderabadi bowling unit, showed why he has always been rated so highly.

Here’s a treat full of the sensational #YESBANKMaximum sixes by Sanju Samson to help @DelhiDaredevils post a winning total at #IPL. #RPSvDD pic.twitter.com/G65HbmDSmU

There were other issues that affected his career as well. The Kerala Cricket Association had issued a show cause notice against him in 2016 when he had allegedly broken a bat in the dressing room after getting out for a duck and had gone out without informing anyone in the team management, only to return later that night. He was let off with a warning back then but fitness issues crept up last year which saw him losing his place in the India A side for the tour of England.

He remained in and out of cricket for the last couple of years and even averaged below 30 after playing 14 innings in the Ranji Trophy last year.

However, it seems like things are changing for the better now. Samson’s fitness has improved a lot and he has been able to bring some sort of consistency in his game too. He had played a splendid knock of 91 runs off just 48 deliveries against the visiting South Africa A side during the fourth one-dayer of the series and followed it up with a double ton in the Vijay Hazare Trophy against Goa too. His knock of 212 runs off just 129 deliveries became the fastest double ton in List-A history and also the highest score in the Vijay Hazare Trophy.

Samson also came up with returns of 67, 36 and 48 in three other Vijay Hazare Trophy matches which were proof of his newly found consistency.

With Virat Kohli sitting out of this series, Samson might well get a chance to play in the middle-order in at least one of the matches. And if he gets that, he should do everything to make it count.