Sanju Samson rubbishes comparisons with MS Dhoni ahead of IPL 2021 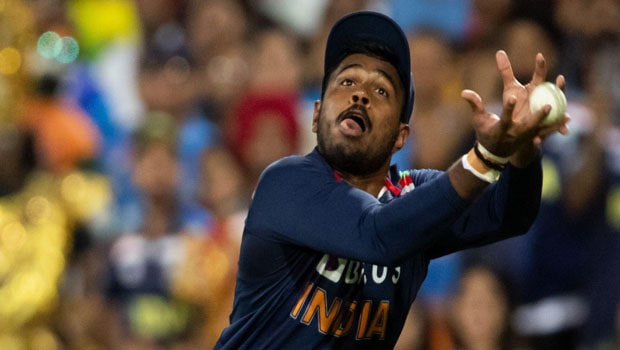 Rajasthan Royals’ Sanju Samson will be looking forward to IPL 2021 probably more than anyone else. The 26-year-old will be leading his franchise and it’s the first time that Samson will be facing such an immense responsibility in his career.

Samson was announced as the captain of Rajasthan Royals just before the auction when the team decided to move away from former Australian skipper Steve Smith. The fact that Rajasthan Royals finished last in the table in IPL 2020 makes his task that much harder.

However, since Samson’s surprise appointment, there have been constant comparisons made between him and former Indian captain MS Dhoni. Samson did not waste a single second before rubbishing those claims and stressed that there’s nobody in the world of cricket who can ever be like Mahendra Singh Dhoni.

“I don’t think anyone can be like MS Dhoni. I would like to be myself. Sanju Samson will be good enough,” the Rajasthan Royals’ website quoted Samson as saying.

The fact that he was chosen as the captain to lead Rajasthan Royals in IPL 2021 sparked a major surprise for the fans and experts since the team has some of the biggest superstars in cricket in the likes of Jos Buttler and Ben Stokes.

The player from Kerala was expressive in his gratitude for the franchise and its fans who have been through all the highs and lows. He also promised the fans of the team that this season, they’ll try to focus on playing good cricket. Bringing smiles back to the faces of these fans and admirers will be the goal for Rajasthan Royals this season.

“I would like to thank each and every fan out there for supporting our team and being with us no matter what. I’ll make sure that we play some good cricket for you guys and bring a smile to your faces. Thanks a lot, guys,” he said.

Samson also praised the team’s decisions during the IPL 2021 Auction. “I think our team management did a fantastic job in the auction and we got almost every player we wanted. Each and every player’s role is going to be crucial in this season,” he went on to add.

It will be interesting to see how these new additions help the side this season under the leadership of Samson, who will be eager to impress.