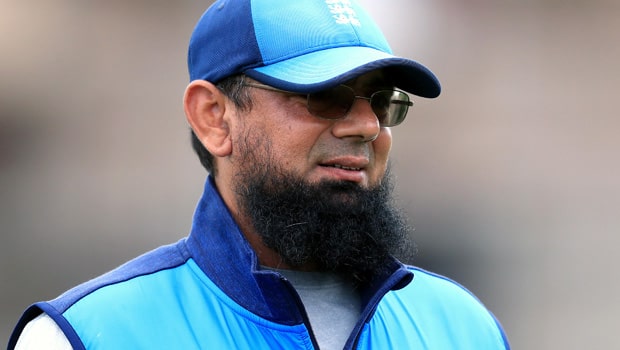 India and Pakistan began their T20 World Cup 2021 campaign with a blockbuster clash against each other. Pakistan defied history by registering their first World Cup victory against their arch-rivals and neighbours. They did so by an extremely convincing margin of 10 wickets and outclassed the Men in Blue in almost every department on that night.

Although there has been a cesspool of opinions and vitriolic hate following that game, some even including former cricketers from both countries, Pakistan coach Saqlain Mushtaq feels that if the two teams meet in the final it would be great for cricket. It would also provide the two camps the ‘opportunity’ to spread the message of love and peace from the grandest sporting stage.

“If India makes the final, it would be a great thing because I feel, and this is not because we have beaten them, they are a strong team, everyone considers them a favourite. Do match khelenge to relation aur acche ho jaenge (playing one more match would only better our relations),” Mushtaq said in a reply to a query asked during a press conference

Despite India’s 10-wicket loss to Pakistan in the opening game, a first for them in World Cup history, captain Virat Kohli congratulated the batters Babar Azam and Mohammad Rizwan with a smile on his face. Kohli was even seen hugging a jubilant Rizwan after the game. There were also scenes of MS Dhoni interacting with the players from the opposition camp.

“In the previous game, the way Virat Kohli, (MS) Dhoni and even our own players conducted themselves, it sent a strong message that we are all humans, we all love each other, it is just a game.

Pakistan will now focus on Afghanistan. Currently, they are firmly in control of the group having won both their opening encounters against India and New Zealand in convincing fashion. They’ve played some incredible cricket in these two matches and will have one eye on the trophy.

“Jab aap aate hain to become a world champion, then you don’t look at opponents, you focus on your own game. England is a favourite, Australia plays tough cricket. South Africa also. I believe, commitment, attitude and process are in your hands, not the results.

“You should be able to execute the plans, no matter who you are playing. If India makes finals, the ICC will be happy, fans will be happy,” he signed off.