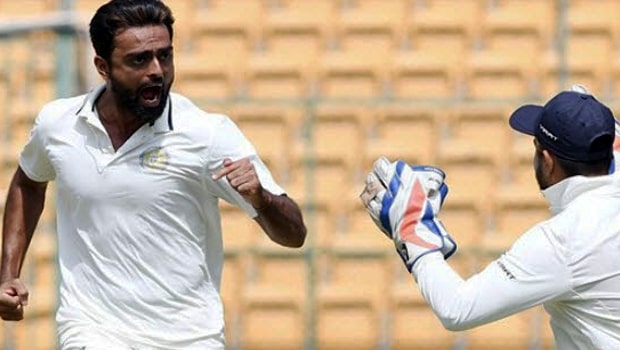 Saurashtra has succeeded in proceeding to this year’s final of the Ranji Trophy.  This will be their second successive final after beating Gujarat by 92 runs on day five of their semifinal on Wednesday.

Saurashtra captain led by example Jaydev Unadkar by taking seven-wicket haul, and they bowled out Gujarat for 234, which had a target of 327 in the final session on day five.

Aiming to meet their target and beat Saurashtra, Gujarat resumed at seven for one.

With the game at 63 for five, captain Parthiv Patel (93) and Chirag Gandhi (96) a 158-run scalp raised hopes of an improbable win but, Unadkat, who is a led pacer cleaned out the batsmen to get a memorable win for his team.

Bengal had earlier proceeded to their first final in 134  years. They will now travel to the home ground of Saurashtra to play final from March 9.

Saurashtra was on the losing side in last year’s final against Vidarbha.

Utilizing their home advantage as the game resumed seven for one, they removed the batsmen making the visitors lost their second wicket on the same score through an early strike from Unadkat struck. His victim, this time around, was Samit Gohil (5), who was caught at second slip.

The skipper got his third wicket with a return catch to send cleanout Dhruv Raval (1). Gujarat knew that there is trouble losing three wickets with just 18 runs on board.

Bhargav Merai (14) and Parthiv came in to steady Gujarat’s ship a little before Prerak Mankad broke the momentum by trapping Merai in front of the wicket.

The pacer who had good bowling in the good length area had the ball-shaped back into the right-hander, leaving him to shuffle across, and he failed to connect.

With Merai out after a review,  Gujarat slipped to 60 for four. Their trouble was soon compounded when Rujul Bhatt (1) also was dismissed cheaply, and it became 63 for five.

After the lunch in which the visitors resumed at 105 for five, Patel and Gandhi gave a solid performance in the second session with a flurry of boundaries to keep their hopes alive. Their performance took Gujarat to 206 for five, with 121 runs needed in the final session.

Unadkat returned and dashed their hopes by dismissing Parthiv and Axar Patel (0) in the same over.