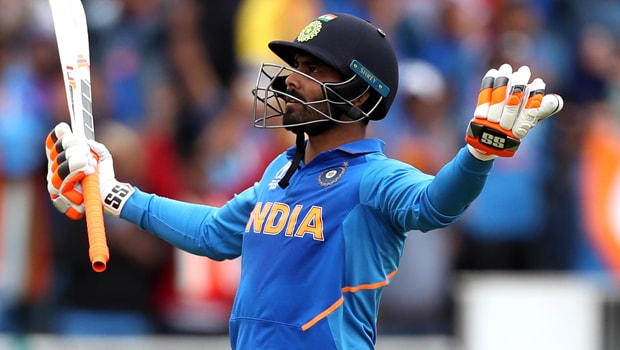 Indian all-rounder Ravindra Jadeja has been described as one of the most reliable cricketers across the game formats.

The commendation came from the Saurashtra Cricket Association (SCA) on Thursday in its congratulatory message after Wisden named the all-rounder as India’s Most Valuable Player (MVP) in the 21st century.

Jadeja won the MVP award after the rating was calculated using the cricket data analysis tool CricViz, which was 97.3, which also rated Jadeja as the second most valuable player of all time in Test cricket. The 31-year-old cricketer is only behind Sri Lankan spin legend Muttiah Muralitharan.

The SCA, in its release on Thursday heartily congratulated the Saurashtra’s super lion over the feat.

The president of Saurashtra Cricket Association, Jaydev Shah, in his congratulatory message, described the cricketer as a phenomenal talent, adding that he remains one of the most reliable cricketers in all formats.  He further stated that he is a fantastic player who is good with ball and bat and a fielder.

Shah further described him as a game-changer both in international as well as domestic cricket after coming to the teams’ rescue on several occasions.

Reacting to the news via his Twiter page, the 31-year-old expressed appreciation to Wisden India for naming him the ‘Most Valuable Player.’ He also thanked his teammates, coaches, fans, and well-wishers for their unflinching support and promised to give his best for India.

Jadeja has been a regular player for India in the limited-overs and Test since 2000. But he has rarely been in the scheme of things and talks about being likely India’s most valuable player. The title was initially due to constant conversations from pundits reserved for the legends, including Sachin Tendulkar, Rahul Dravid, and Virender Sehwag and MS Dhoni. The current Indian captain is rated in this class.