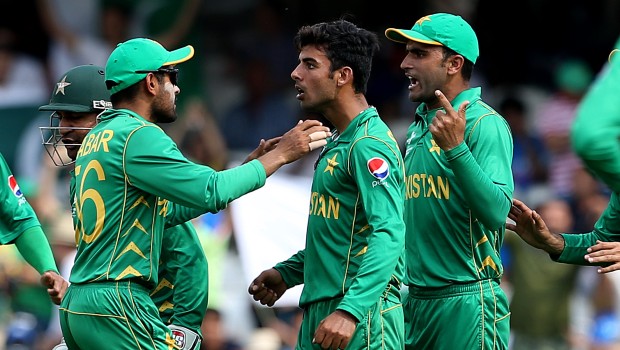 Three Pakistan players namely Shadab Khan, Harris Rauf and Haider Ali have been tested positive for Covid-19. All these players are part of Pakistan’s 29-member squad for the tour of England. The Pakistan Cricket Board made the announcement on Monday after the players were tested in Rawalpindi on Sunday.

In fact, all the players are asymptomatic and now the PCB will wait for the results of other players, who were tested in Karachi, Peshawar and Lahore. The Pakistan team is expected to leave for England on June 28. The visitors will play three Test matches and as many T20Is on the England tour.

“The PCB medical panel is in contact with the three who have been advised to immediately go into self-isolation,” the PCB said in the release. “Imad Wasim and Usman Shinwari, also screened in Rawalpindi, have tested negative and, as such, will travel to Lahore on June 24.”

Meanwhile, Pakistan Under-19 vice captain Haider Ali had received his maiden call-up to the Pakistan squad. The right-hander has impressed with his batting skills and he has scored 645 runs in seven first-class matches at an average of almost 50.

On the other hand, Harris Rauf was able to impress with his performances while playing in the Big Bash League. The right-arm fast bowler had finished the 2019-20 edition of the BBL as the fourth highest wicket-taker. He had scalped 20 wickets in 10 matches at an impressive average of 13.35 while playing for Melbourne Stars. Rauf has thus far played two T20Is for Pakistan.

Shadab Khan is the most senior member of the group, which has been tested positive. The leg-spinner has played 43 ODIs and 40 T20Is in which he has snared 59 and 48 wickets respectively.

Consequently, all these three players will not travel to England and the PCB would come up with the replacements. The first Test will take place at Lord’s whereas the second and third will take place at Manchester and Nottingham respectively. Leeds, Cardiff and Southampton will host the three T20Is between the two sides.

Earlier, former Pakistan skipper Shahid Afridi had also tested positive for Covid-19 and he had made the announcement on his social media platform.