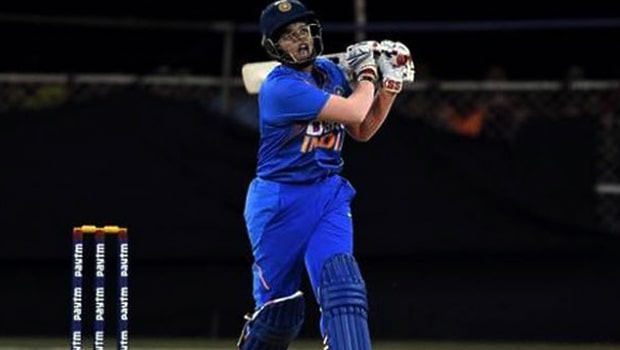 15-year-old Indian cricket player, Shafali Verma has repeated the feat that made her the youngest ever India batter to make an international half-century.

Verma, who was inspired to play cricket by watching India great Sachin Tendulkar, hit 73 off 49 balls in the first of a five-match Twenty20 series when they faced West Indies in St Lucia.

“In 2013, Sachin Tendulkar was at Lahli, Haryana (near Rohtak) to play his last Ranji
Trophy game, and I went to see that match. It was super crowded! We got tickets after a lot of struggle. That’s when it all began. I saw him play, and after every shot, he got so much cheer from the crowd,” she told Female Cricket in an interview.

Having started playing tennis-ball cricket, she added that the feat inspired her a lot.
“There was this guest house where he was staying, and I used to go there every day and wait for hours to get a chance to meet him but couldn’t,” she added.

Now that she is a record holder, the meeting with her icon is expected to be closer.
The young batter smashed 69 not out from only 35 balls in a 10-wicket victory at the same venue on Sunday in the second game.

Having become the youngest cricketer to play for India in a T20 game after making her debut against South Africa in October, where she scored an impressive 46, Verma has rewritten the record of the game. She has succeeded in breaking Sachin Tendulkar’s 30-year-old record as the youngest player to make an international fifty for her country.

It could be recalled that Tendulkar was 16 years and 214 days when he set the record. The batter made a half-century in a Test against Pakistan in Faisalabad in 1989. Verma, the new record holder, achieved her feat at 15 years and 285 days.

In the world, she is now the second-youngest batter to score an international T20 half-century, behind UAE’s Kavisha Egodage, who set her record at 15 years and 267 days.

Verma, who grew up in Rohtak town, had to dress as a boy to go to a cricket academy as there were no equipment or facilities for girls to play.

Speaking further during the interview, she revealed that being from a cricket-freak family, everyone in her family loves the sport.
Congratulations Verma.