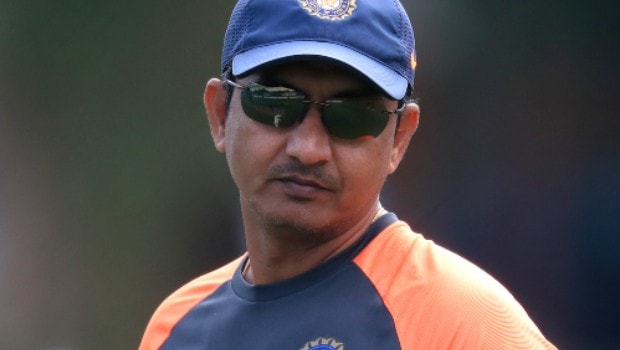 Former Indian batting coach Sanjay Bangar has heaped praise on prodigy youngster, Shafali Verma. Bangar believes the 16-year old pugnacious batswoman has provided a fresh prespective to Women’s T20 cricket. Verma has been the talk of the town in the recent past and her performances in the ongoing Women T20 World Cup has been staggering.

The right-hander is fourth highest run-getter in the ongoing carnival with 161 runs in four matches at an average of 40.25. However, it is Verma’s strike rate that stands out as she has scored those 161 runs in only 100 balls, which is the best for any batter in this tournament. Ergo, the talented opener has helped India in getting off to blistering starts, which has taken off the pressure from other batswomen.

Bangar believes batters are judged with their adeptness of playing through the off-side, which proves that he or she is ticking the right boxes. Verma has shown the same and she scores her runs all over the park.

“You obviously watch which areas a particular batsman/batter tends to score, anybody scoring through the off-side really well means that the person can score all around the park. That is the basic logic because to play through the off-side you have to get into great positions and a lot of mechanics of batting have to be in sync to do that,” said Bangar.

“Shafali has been able to do that, and she scores all around the park—that is one quality which not many people have. It is brilliant that we have unearthed such a talent and it has only taken the load off, or provided a fresh perspective to how T20 needs to be played by women cricketers,” he said.

On the other hand, Harmanpreet Kaur-led side has been right on the money in the World Cup. Women in Blue were able to win all of their four league stage matches, which helped them in qualifying for the final as the semifinal contest against England was washed out without a ball being bowled. The former Indian all-rounder added that the team has shown the depth in their skills.

“They have been fabulous. Winning four league games out of the four they had to play and the manner in which they won. There is new and young talent emerging which is also performing for the team. Getting to this stage without a big performance from someone like Smriti Mandhana or Harmanpreet Kaur shows the depth which the team possesses. Also, going Down Under and spinners dominating for the Indian team has been a great sign—that has been our area of strength.”

“It augurs well; we finished highest in the table, we got the distinct advantage and rightfully so to qualify for the final, so from that perspective things look really good for the Indian team,” he said.

The Indian women’s team has played collectively in the tournament. The spinners have troubled the opposition and Poonam Yadav has been exceptional as she has scalped nine wickets in four matches. Furthermore, Shikhar Pandey has snared seven wickets in as many matches.

India will like to end their mega-event hoodoo when they will take on hosts’ Australia in the final at the G on the 8th of March.