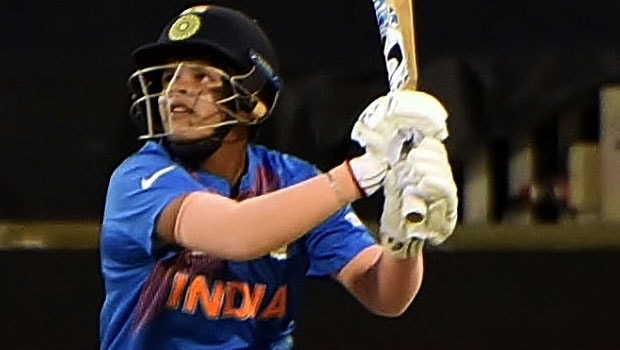 India’s cricket sensation, Shafali Verma, has said that her journey into stardom has just begun.

It could be recalled that 16-year-old Verma announced herself at the World T20 in Australia. Being the youngest, the hard hitter had a successful tournament but couldn’t help her country win the tournament they lost to the host and defending champions, Australia.

In an interview with IANS,  Verma noted that things wouldn’t be easy ahead of her as the road ahead will get deeper, adding that she is looking forward to the next challenge, which is helping the Indian women’s team becoming world-beaters.

Speaking further, she said things didn’t just go the team’s way in the final, having defeated the same team in the opening game of the competition. While noting that sport is all about winning and losing, the 16-year-old talent pointed out that there will be other opportunities for her and the team in the nearest future.

She also said that the situation couldn’t be changed, but they can change the future, and the team won’t leave any stone with the aim of being the best in the world.

On her performance at the event that won her commendations pundits and former cricketers, Verma said winning the trophy would have been much better than that.

Although she appreciated the applause she got from all, Verma said she was just doing her job, which is scoring runs and putting the team in an advantageous position.

Verma had during the five games played at the competition scored 163 runs at a strike-rate of 158.25.

While putting team performance over individual glory, Verma is aiming to work on her fitness amidst lockdown due to the COVID-19 pandemic. The Haryana Cricket Association (HCA) has included customised fitness routines for girls.

She revealed that the fitness chart being given to her is showing where she needs to work on. She also said that the chart has a workout plan on training that can be done at home with no access to the gym at the moment.

According to her, the session with a sports psychologist is mostly needed at this type to avoid negative thoughts at this difficult period as the motivation helps her to maintain her focus.