Home » Cricket » Shafali Verma on ODI omission: “I made up my mind I will work more on my fitness”

Shafali Verma on ODI omission: “I made up my mind I will work more on my fitness” 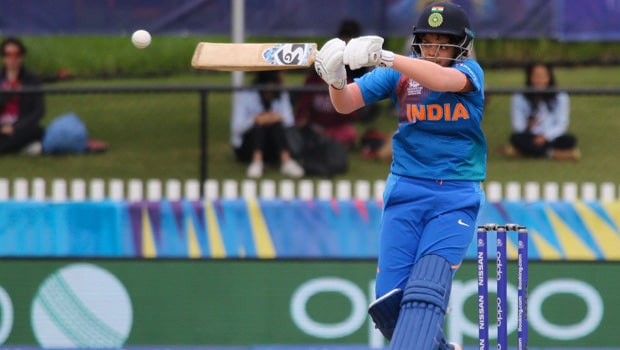 Shafali Verma, the No.1 ranked batter in ICC Women’s T20I rankings, was seen in pretty good form in the recently concluded three-match T20I series between India Women and South Africa Women. She registered scores of 23(22), 47(31), and 60(30) during the course of the series, thus showing her class again.

Despite her success in T20Is, the Indian selectors haven’t been confident enough to give her a place in the ODI side. It’s quite baffling considering the dearth of good top-order options but Verma isn’t disappointed at all and is rather looking to work harder to make her way into the ODI squad.

“When I didn’t get a call-up for the one-dayers, I thought there might still be some inadequacy that I need to address. But I didn’t ask anybody – neither the captain nor the coach – about my non-selection,” Verma said after the third T20I against South Africa Women on Tuesday.

“I made up my mind I will work more on my fitness and make sure to play according to the balls whenever I get an opportunity in the format,” she said.

“When my name didn’t come up for the one-dayers, I tried to keep my confidence up and motivated myself to play better so I can make it to the 50-over team as well. I wasn’t much disappointed; I just made sure I focused on working harder,” she added.

Verma made her debut in the T20I series against South Africa at home in September 2019. Since then, she has gone on to amass 617 runs at an average of 29.38 and her strike-rate of 149.31 is the most attractive thing about her playing style.

She was also India’s top run-getter in the last T20 World Cup and her consistency at the top of the order was one of the main reasons behind India’s run to the finals.

Verma is now eagerly waiting for her opportunity to play in ODIs and looks forward to make use of all the things she is learning right now.

“The focus would be on spending as much time on the wicket as possible and score as many runs as I can, so I can create a good report of myself.

“No matter what position I get to play in, I will try to extend my innings for as long as possible and score well.”