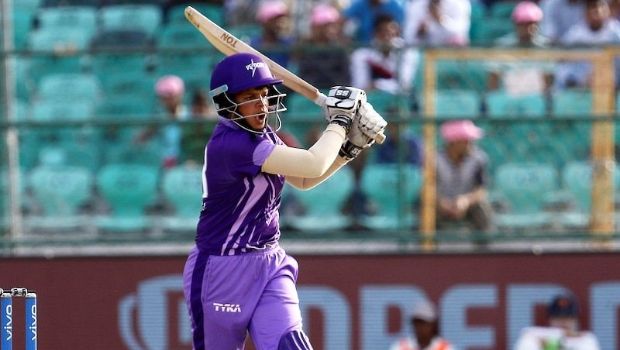 Shafali Verma may be just 16 years of age but she is doing what most Indian kids don’t even dream of doing at this age. Shafali, in fact, has been living her dream of playing for the country for the past couple of years and it is her talent, hard work and dedication that has brought her this far.

Shafali’s main strength is her big hitting ability, the accuracy with which she keeps clearing the 30-yard-circle inside the powerplay and the long fences of the grounds as well. That doesn’t mean that she doesn’t score much. The fact that she is the third highest run-scorer for India Women since the last T20 World Cup tells a lot about the large volume of runs she scores.

However, what’s most fascinating about her is the way she manages to score at a rapid rate. Everyone has to agree to the fact that a career strike-rate of even 130 is a rarity in Women’s cricket. Only some players like Alyssa Healy, Sophie Devine and Nida Dar, among others can boast about having a T20I strike-rate of equal to or in excess of 130 in recent times. All of them are established players who have been in international cricket for at least five years or so.

But here is a 16-year-old Shafali making big-hitting look like a cakewalk. Her talent was on full display on Monday when she smashed 39 runs off just 17 balls in India’s victory over Bangladesh Women in the ICC Women’s T20 World Cup encounter at Perth. Her runs came at a strike-rate of over 200 and 82.05 percent of her runs came in boundaries as well.

Shafali had played an equally destructive innings of 29 off just 15 deliveries in the tournament opener against Australia as well. And this time as well, as many as 89.65 percent of his runs came in boundries.

In fact, Shafali has the second best strike-rate in Women’s T20Is among batters who have scored a minimum of 200 runs since the last T20 World Cup.

So, these numbers sum up how fierce a striker she has been during this period. Shafali has proved herself to be a more dangerous batter than even the likes of Sophie Devine and Nida Dar. Such has been her influence that India’s ace batters like Smriti Mandhana and Harmanpreet Kaur are not even close to her in terms of striking ability.Table: Highest Strike-rates in Women’s T20Is since last T20 World Cup (Minimum 200 runs)