Home » Cricket » Shami: I can get reverse swing if shine is maintained with or without saliva 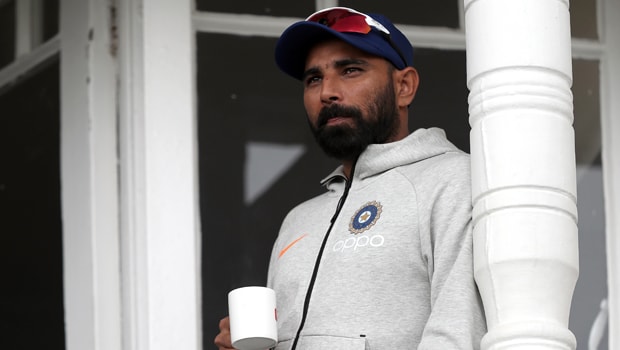 Indian speed bowling sensation, Mohammed Shami has said that he can still get reverse swing even after the proposed ban of the use of saliva, provided the shine is appropriately maintained.

Part of the newly formulated guideline by the ICC bans the use of saliva, in a bid to prevent the spread of COVID-19 as they plan resumption of cricketing action.

Speaking on Instagram chat with Rohit Juglan, Shami noted that the guideline will create some restrictions as he has been used to saliva since childhood, adding that it’s been deeply ingrained in him.

As a fast bowler, he said saliva is instinctively applied to shine the ball, but if the shine of the dry ball can be maintained, it will reverse.

The Anil Kumble-led ICC Cricket Committee had however, said players could use sweat to polish the ball, but this, according to Shami, will not help a fast bowler.

While noting that sweat and saliva work differently, Shami said it would not help but he has never tried bowling without saliva.

However, due to the COVID-19 pandemic, he admitted that it’s very important to stop using saliva.

Shami’s mastery over the reverse swing has been outstanding for the Indian team.

Speaking on the absence of the former captain, Mahendra Singh Dhoni, on and off the field, he said many players have missed the veteran he had played in all the formats under barring IPL.

He further stated that Dhoni’s guidance of his team is done in such a way that no one will know that it is him.

The speedster who stated that Dhoni is such a big player that gave him a lot of memories.

Dhoni, who has been on a sabbatical since India’s exit from the last of the World Cup in July last year, was bid to return to action in the India Premier League (IPL) before COVID-19 pandemic.

Speaking ahead of the T20 World Cup schedule for Australia, which is shaky due to the coronavirus pandemic, Shami said players would likely play a tournament before participating in the competition.

This he said is because players need to get into rythm having been out of action for over two months due to the lockdown. He said a 10-15 days camp or a couple of series before the tournament would be helpful in that regard.