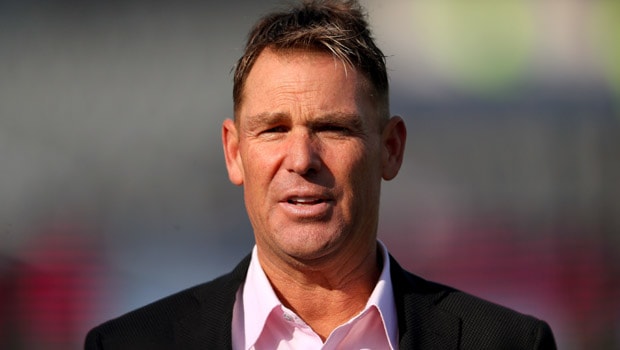 Former Australian legendary spinner Shane Warne has selected India’s greatest XI in which he picked Sourav Ganguly as captain. Warne, who is regarded as the best spinner to have embraced the game, selected the players against which he played during his illustrious career.

Surprisingly, there was no place for VVS Laxman in Warne’s team but the right-hander had played some memorable knocks against the Aussies, including Kolkata’s tour de force of 281. Warne revealed he went with Sourav Ganguly because he wanted him to be the captain of the side and thus had to drop VVS Laxman.

“I went for Ganguly because I wanted him to be the captain of my side, that is why VVS Laxman missed out,”  Warne said on Instagram.

Warne picked Navjot Singh Sidhu and Virender Sehwag as his openers. The leg-spinner stated Sidhu was one of the best players of spin-bowling. Sidhu scored 3202 runs in Test matches whereas Sehwag amassed 8586 runs in 104 Test matches at an impressive average of 49.34.

“I had to pick Navjot Singh Sidhu because he was the best player against spin I have ever played against, all the other spinners I have played with, they have also told me that Siddhu was brilliant against them,”  he added.

Rahul Dravid, who is regarded as India’s best number three batsman, makes the cut into Warne’s team. Dravid scored 13288 runs in 164 Test matches at an average of 52.31. Warne’s biggest arch nemesis Sachin Tendulkar bats at his usual number four position. Tendulkar is the highest run-getter in the red-ball version with 15921 runs in 200 Test matches.

Sourav Ganguly scored 7212 runs in 113 Test matches at an average of 42.18 and led the team with aplomb. Former World Cup winning captain Kapil Dev also gets a place in the side. Dev scalped 434 wickets and scored 5248 runs in 131 Test matches.

The leg-spinner picked Nayan Mongia as the wicket-keeper batsman of the side. Mongia 1442 runs in 24 Test matches at an average of 24.03.

Anil Kumble and Harbhajan Singh constitute the spin-battery whereas Javagal Srinath shares the new ball with Kapil Dev in Warne’s team. Kumble is the leading wicket-taker for India in the Test format with 619 scalps whereas Harbhajan took 417 wickets in his career. Srinath claimed 236 wickets in 67 Test matches.