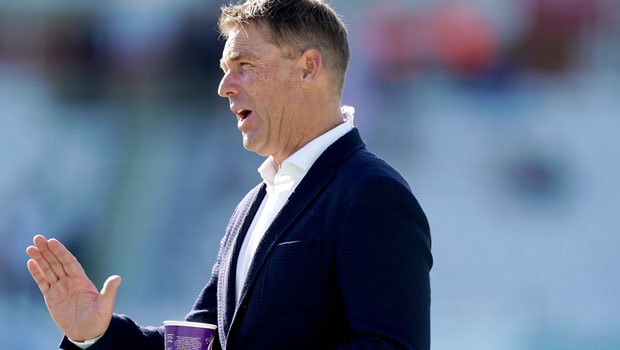 Former talisman Australian spinner Shane Warne has selected his all-time IPL XI in which he has selected only Indian players. Warne has great memories of playing in the IPL as he led Rajasthan Royals to glory in the first-ever season of the league. The leg-spinner picked Virender Sehwag and Rohit Sharma as the openers of the side.

Royal Challengers Bangalore captain Virat Kohli, who is the leading run-getter of the tournament, bats at number three. The right-hander has amassed 5412 runs in 177 IPL matches at an average of 37.85.

Surprisingly, Shane Warne also includes Yuvraj Singh in the side, who doesn’t have a great record while playing in the tourney. The left-hander has scored 2720 runs in 132 IPL matches at a paltry average of 24.77.

Warne’s former teammate at Rajasthan Royals Yusuf Pathan also makes the cut. The right-hander was instrumental in Royals triumph of IPL 2008 as he had scored 435 runs in the inaugural edition and he has scored 3204 runs in 174 matches.

Chennai Super Kings captain MS Dhoni also makes it into the side. Dhoni has accumulated 4432 runs in 190 IPL matches at a fine average of 42.21. Ravindra Jadeja who also shared the dressing room with Shane Warne in Rajasthan Royals also makes into the side. Jadeja has scored 1927 runs and took 108 wickets in 170 IPL matches.

Harbhajan Singh is the other spinner in Warne’s team as the off-spinner has scalped 150 wickets in 160 matches at an average of 26.25. Former Rajasthan Royals’ pacers Siddharth Trivedi and Munaf Patel are also named in the side. Both of these fast bowlers played a big role in the success of the Rajasthan Royals in IPL 2008 as Patel had scalped 14 wickets whereas Trivedi claimed 13 wickets in 15 matches.

Munaf Patel scalped 74 wickets in 63 IPL matches whereas Siddharth Trivedi snared 65 wickets in 75 matches. Zaheer Khan who finished with 102 wickets in 100 IPL matches also makes it to the side.