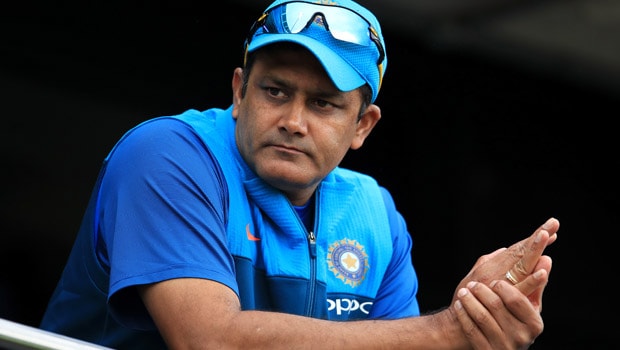 Former Australian legendary spinner Shane Warne revealed why Anil Kumble savoured success despite not turning the ball much. Anil Kumble had a great career as he scalped 619 wickets and finished as India’s leading wicket-taker in the red ball version. Kumble was not known to turn the ball a long way but he was always at the batsmen. The leg-spinner was mostly right on the money and brought lbw or bowled into play with his accurate bowling.

Kumble always had the insatiable hunger to deliver the goods for the team. The Karnataka spinner was competitive on the field and hardly gave an inch to the batsmen.

The leg-spinner was not a big turner of the ball but he knew how to get his wickets. Kumble mostly bowled in a good length area, which made it difficult to score runs against him. He believed in keeping things simple and didn’t experiment a lot. Thus, the talisman was able to reap fruits for his persistent approach.

“For a guy who did not spin the ball a long way, one of the reasons why he got so many wickets is because he got bounce and because of his skill,” Warne said about Kumble in his Instagram live video.

“He was a super competitor, it was his brain, he thought about the game. Even though he is a gentleman, and he is quiet, he is a super competitor. He is hungry, and loves calling him a friend. Always did so well.”
Kumble didn’t have the same skill set as the likes of Muttiah Muralitharan and Shane Warne, who finished with 800 and 708 wickets respectively. However, Kumble had his own way of getting the better of the opposition batsmen and finished as the third highest wicket-taker in the Test fold.

The former Indian skipper had also become the second bowler to take 10-wicket in an Test innings after Jim Laker. The leg-spinner had achieved the memorable feat against arch-rivals Pakistan in the Delhi Test.

Furthermore, Kumble also had a great career in the 50-overs version as he snared 337 wickets in 271 matches. Kumble also led the Indian team with aplomb during his captaincy tenure and took Indian cricket to new heights under his leadership.