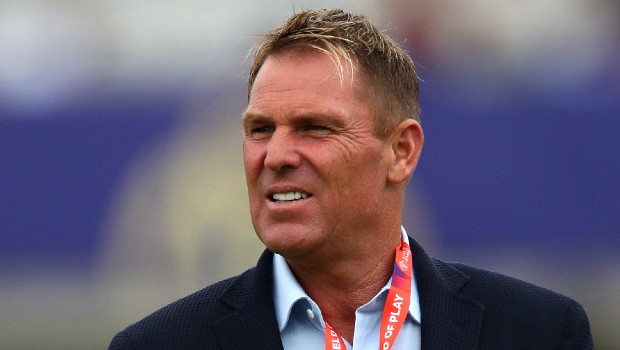 The modern-day batsmen have had their wood on the bowlers in contemporary cricket. Since the launch of T20 format, the ball has been in batsmen’s court. The pitches, bats, conditions have all tilted the game in the batsmen’s favour. In fact, many cricket boffins feel that cricket is now a ‘Batsmen’s game’.

Currently, there is a limit of four overs per bowler. Warne feels that a couple of more overs from the team’s best bowlers can make a huge difference in the outcome of the match.

Shane Warne said while talking on Sky Sports commentary, “What about four bowlers bowling five overs?”, Warne said. “I just think it’s a better contest between bat and ball. You want your best bowlers bowling as much as you can as T20 is so much in the batsmen’s favour.”

Warne has made the suggestion after Jofra Archer and Mark Wood troubled the Australian team and reduced them to 3-2 in the second T20I. However, Morgan was forced to bring on Tom Curran in the fifth over as he wanted to save Archer for the death overs.

There is no doubt that the game is in batsman’s favour and the T20 format gives all the freedom to the batsman to go all guns blazing from the get-go.

Furthermore, there are fielding restrictions in the first six overs as only two fielders are allowed outside the 30-yard circle. Thus, the batsman can take the advantage and score freely in the powerplay overs. The bowlers need to be deadly accurate in their line and length and even a slight error from them can be dangerous.

“When you get a couple of gun bowlers like this [Archer and Wood] you want to give them another over up front,” Warne said.

“Wouldn’t it be nice to give them five? You can obviously have eight bowlers bowl whatever but I would like to see bowlers be able to bowl five.

England have sealed the three-match series 2-0 after they won the second match by six wickets. The final T20I will be played on 8th September.