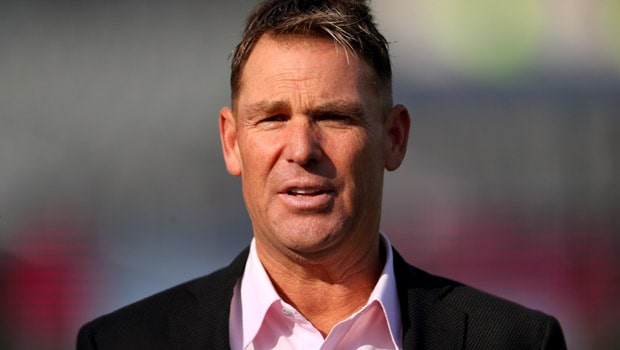 Former Australian legendary leg-spinner Shane Warne had recently come up with a suggestion of allowing four bowlers to bowl five overs in a T20 game. Warne feels doing so will help in maintaining the balance between bat and ball. There is no doubt that the game has tilted in favour of the batsmen since the inception of T20 format.

Warne had come up with a suggestion during the second T20I between England and Australia. Subsequently, Warne has urged the Board of Control for Cricket in India president Sourav Ganguly to implement the five overs per bowler rule in the upcoming season of the Indian Premier League 2020.

Currently, it is noticed that a pack leader of the team mostly bowls two overs in the powerplay overs and then bowls as many overs at the fag end of the innings. However, if the bowling side is able to build pressure on the opposition, Warne wants to see one more over being by the main fast bowler.

Shane Warne took to Twitter to share his thoughts on the five overs rule. “Getting a lot of great replies to my suggestion are a maximum of 5 overs per bowler in T/20 cricket! Let’s make it happen ASAP @ICC! Maybe we could try it in the @IPL starting on September 19 @SGanguly99,” read the tweet.

It would be interesting to note if Sourav Ganguly comes up with a reply to Shane Warne.

The IPL 2020 is all set to begin from September in the UAE from September 19. The opening match will be played between defending champions Mumbai Indians and runners-up Chennai Super Kings at Sheikh Zayed Stadium in Abu Dhabi.