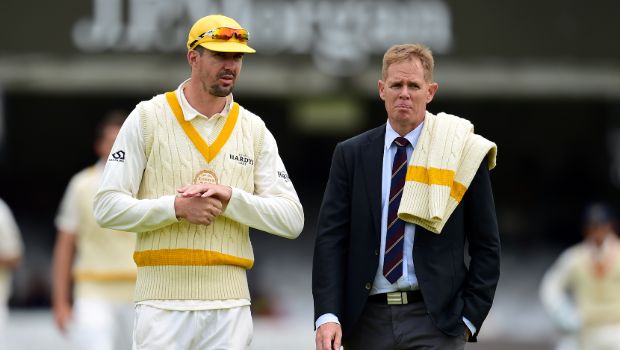 Srinath, who led India’s pace attack in the 90s in a terrific fashion, represented the country between 1991 and 2003 with 67 Tests and 229 ODIs to his credit. During the period, the pacer took 236 and 315 wickets, respectively.

Speaking with former West Indies fast bowler Michael Holding and England’s Stuart Broad during a Sky Sports podcast discussion, the South African expressed the belief that the bowler never got the credit he deserved.

Speaking of his era that comprises the likes of like Wasim Akram and Waqar Younis steadying the ship for Pakistan, Curtly Ambrose and Courtney Walsh for West Indies. Glenn McGrath and Brett Lee for Australia had, he said the present era comprised of James Anderson and Stuart Broad.”

Pollock, during his era amassed over 400 Test wickets and over 3,700 Test runs in 108 Tests. Speaking of West Indian former pacer Malcolm Marshall, Pollock said the great pacer left an indelible mark on him early in his career, adding that he was lucky to meet him.

He further stated that their encounter early in his career made him think about fast bowling in a completely different way.
Having retired from the game since his retirement in 2008, Pollock is not hiding his admiration for his fellow countryman Dale Steyn. The bowler has broken his record. He is now the current leading wicket-taker for South Africa; the record he set in Tests games in December 2018.

Speaking in we of his countryman, Pollock said Steyn’s ability to shape the ball upfront at high speed, which later he reverse is a huge attribute. This he said has been working for him by getting wickets.

He added that his feat has made him special, and he is setting new records.