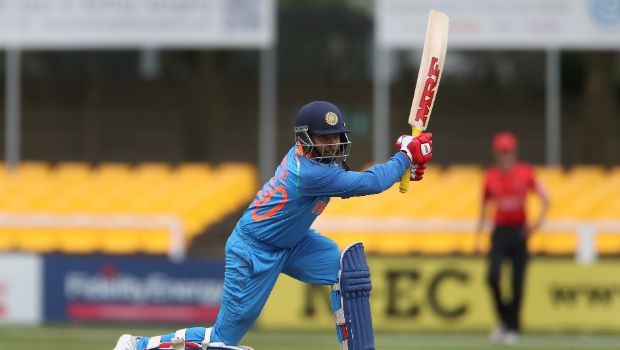 The prodigious Prithvi Shaw and wicketkeeper-batsman Sanju Samson made their return to India’s senior team setup ahead of the Men in Blue’s tour to New Zealand, slated to get underway from January 24.

Both players have represented India in the past and will be eager to make an immediate impact as they look to establish themselves in the playing XI. With the likes of KL Rahul, Rohit Sharma and Rishabh Pant also in the squad, a spot in the playing XI is by no means a given for Shaw and Samson.

Having said that, it would come as a huge surprise if they didn’t get an opportunity to spend time in the middle given the duration of the tour, which includes five T20Is, three ODIs and two Tests. Shaw has replaced the injured Shikhar Dhawan in the ODI squad, while Samson comes in for the elegant left-hander in the T20Is.

Both players have a point to prove as they plot how to become permanent fixtures in the Indian squad and Samson will get the opportunity to do so first with the T20Is set to begin from Friday. Samson has been on the fringes of national selection for a while now having made his debut in the shortest format of the game in 2015.

Known for his explosive batting style, Samson’s international career couldn’t quite gather much momentum after his debut with the legendary MS Dhoni ahead of him in the wicketkeeping pecking order. He has since proven himself in the domestic circuit and played for India in a T20I against Sri Lanka for the first time in four years earlier this month.

Samson faced just two balls in that game, smashing a six off the first delivery before being dismissed in the next. Needless to say, he’ll have to produce much better displays if he wants to cement a spot in the national setup by superseding Pant, who despite being India’s first-choice gloveman at the moment, has had his own troubles with inconsistencies in the recent past. Samson must thus cash in against the Kiwis or risk spending some more time away from the national fold.

Unlike Samson, Shaw’s performances while representing India have always shined a bright light on the youngster. The 20-year-old announced his arrival in style by scoring a century against West Indies on his Test debut in 2018 and then made 70 and an unbeaten 33 in the subsequent Test. A combination of injuries and a doping violation, though, kept him away from the game for most of last year.

However, when he did make his return in November, Shaw reminded the world about the talent that he possesses. Playing his first competitive match after six months, Shaw hit a match-winning 63 from 39 balls for Mumbai in the Syed Mushtaq Ali Trophy and hasn’t looked back since. He looks primed to make his ODI bow for India in the upcoming series against New Zealand, starting February 5 and if he’s recent form is anything to go by then the Kiwis have a new headache to deal with.

What a performance by Prithvi Shaw in India A's win over New Zealand XI in the second 50-over game 👏 pic.twitter.com/QAqdaZqdt4

Shaw, of course, has been making waves in New Zealand already during India A team’s tour of the country. Fresh on the back of a double-hundred for Mumbai in the Ranji Trophy, Shaw scored an enthralling 150 against a New Zealand XI side just a few days ago to continue his return to the game.

The upcoming series, however, will bring forth new challenges for both Shaw and Samson. While Samson will be looking to force his way into India’s squad with some strong performances, Shaw will want to showcase his talent in all its glory to make up for lost time.