Home » Cricket » Shikhar Dhawan vs David Warner: Who is the better ODI batsman?

Shikhar Dhawan vs David Warner: Who is the better ODI batsman? 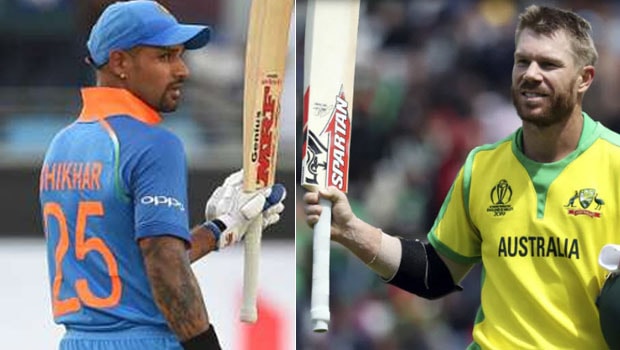 Shikhar Dhawan and David Warner play very similar roles for their respective teams. Both of them open the innings for India and Australia respectively and they bat left-handed as well. Moreover, they like to take the attack on to the bowlers and have played almost similar number of ODI innings too. While Dhawan has scored 5688 runs while batting in 133 innings, Warner comes close with 5267 runs in 121 outings as well. That said, let’s take a look at how they stack up in terms of their ODI career numbers.

Warner has a marginally better RpI (43.52) as compared to Dhawan’s 42.76. So, this metric isn’t enough to differentiate between the quality of the two batsmen. Both have been prolific run scorers for their respective teams and the fact that they contribute at least 40 runs per innings goes on to tell a lot about their consistency.

The Australian batsman once again has a marginally better strike-rate of 95.76 as compared to the Indian’s strike-rate of 94.01. Although Warner scores a little faster than Dhawan, both are equally good scoring rates and hence, aren’t enough to differentiate the two batsmen.

While Warner beat Dhawan by fine margins in the previous two metrics, the Indian batsman has had the better of the Australian in terms of this metric. Warner scores a fifty every 3.1 innings. Dhawan, on the other hand, takes less than 3 (2.89 to be precise) innings to bring up a score of 50 or more. This might seem to be a fine margin, but it makes a lot of difference just in case of this metric.

Although Warner is considered to be a one of the best white-ball players and an aggressive batsman as well, Dhawan is much better than him in hitting fours. The Indian opener hits a four every 8.52 deliveries. Warner, on the other hand, takes 9.90 deliveries to hit a four.

Warner compensates his slower rate of scoring fours with his better ability of hitting sixes. He hits a six every 67 deliveries in ODIs. Dhawan, on the other hand, takes far more number of deliveries (87.68) to hit a maximum. That’s a huge difference and hence, Warner dominates this metric.

An analysis of the above metric shows a very close competition between the two batsmen. While Warner has marginally better RpI, SR and a much better Bp6 than Dhawan, the Indian batsman beats the Australian southpaw in terms of Inn/50+ score and Bp4. So, it can be concluded that both are equally good batsmen in their own ways.