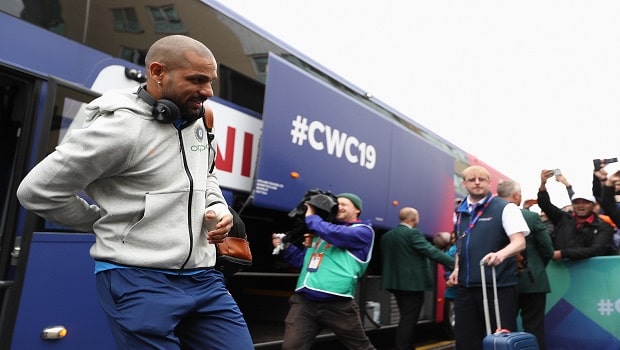 India top opener, Shikhar Dhawan has proven that his class remained permanent on the first day of the Ranji Trophy match against Hyderabad on Wednesday on the Kolta pitch after missing major action in 2019n due to injuries.

It could be recalled that Dhawan’s last first-class match was at Oval nearly 16 months ago and the last time he passed 50 in red-ball cricket was against Afghanistan around 18 months ago.

On his return to action, he utilised the opportunity given to him to prove his credentials in red-ball cricket in an unusually lively Kotla pitch on a chilly Delhi winter morning.

Hyderabad’s seasoned sharp pacers, Mohammed Siraj, Ravi Kiran and CV Milind who watched the wickets tumbled got the ball to jag around and carry to the wicketkeeper at head-high all through the day.

By his own admission after the game, Dhawan said his younger version would have flirted with wide deliveries outside the off-stump, adding that it was s a different Dhawan that was seen at Kotla.

Dhawan, who noted that it was more like English conditions, pointed that with his experience, he can now gauge the pitch by looking at it once.

While noting that he didn’t play many booming drives outside the off-stump, Dhawan said he used to go after them when he was younger.

The 34-year-old described the situation as more like the ‘box cricket where you keep bat and pad close to have a tight defence.

Dhawan is back in action, and he will be fighting for a place in India’s playing XI which is not yet certain.

Ahead of the T20I series against Sri Lanka which is nine days away, he would want to free his arms more during the day as he tried skipping down the track to the pacers upfront in the innings.

In the game, he faced left-arm spinner Mehidy Hasan and raced through his 80s and 90s with six wickets down with the intention of creating statements on the match eve which translated into runs through a deluge of equally crisp, purposeful drives in front of the wicket.

Speaking further on his performance, Dhawan said he had to change his game to flourish after hours of restraint because, at a time when the left-arm spinner was bowling, he was itching to go after him and got out while chasing a wide ball on 67 which was called a no-ball.

He added that it was satisfying that he could play well on such a challenging pitch and he is enjoying the innings.