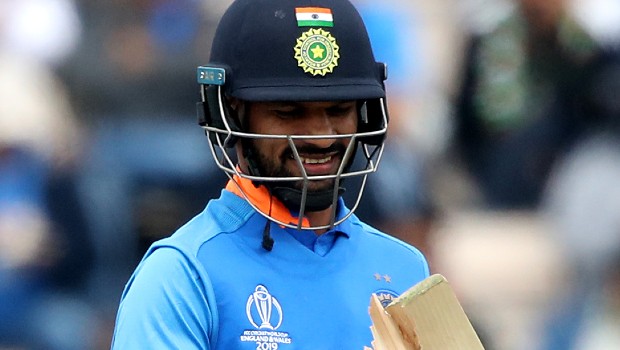 Former Indian opener and cricket analyst Aakash Chopra feels Shikhar Dhawan is not going to get many opportunities in the near future in the Test fold. There are already a lot of other options for the opening slots in Mayank Agarwal, Rohit Sharma, Prithvi Shaw and KL Rahul and thus it is going to be difficult for Dhawan to make his way back into the Test squad.

Meanwhile, the last time Dhawan played in Test matches was back in 2018 against England at the Oval. The southpaw could only score four runs in the match and thus there was no place for him in the Australian tour and he was also ignored for the home season in 2019.

Shikhar Dhawan hasn’t been able to deliver the goods in the overseas conditions and has struggled to get going against the new ball in the Test matches.

The southpaw has scored 2315 runs in 34 Test matches at an average of 40.61. Though Dhawan has been a consistent performer in the ODI format but he hasn’t been able to replicate the same success in the red-ball version.

As Dhawan is already 34 years, the Indian team has started looking at younger players like Mayank Agarwal and Prithvi Shaw for the opening position.

“Rohit Sharma, Mayank Agarwal, Prithvi Shaw and KL Rahul. There are already four options ahead of Dhawan who is in the 5th position. It means that the position of strength which Dhawan had is not there anymore, and that privilege is not there anymore. So Shikhar Dhawan may happen sometime in the future, but not in the near future because the team has started looking ahead,” Chopra said on his Youtube channel.

It looks that it is going to be a difficult road back for Shikhar Dhawan in the Test side. Dhawan will need to once again produce great numbers in first-class cricket to make a case for himself.

Currently, Mayank Agarwal has done a fine job as the opener of the side whereas Rohit Sharma was also able to grab his chances in the series against South Africa, where he scored 529 runs in three Test matches at an average of 132.25.

Furthermore, there are players like Prithvi Shaw and KL Rahul, who are waiting in the wings. Shaw has shown the potential whereas Rahul has been in fine form in the recent past in the limited-overs format.