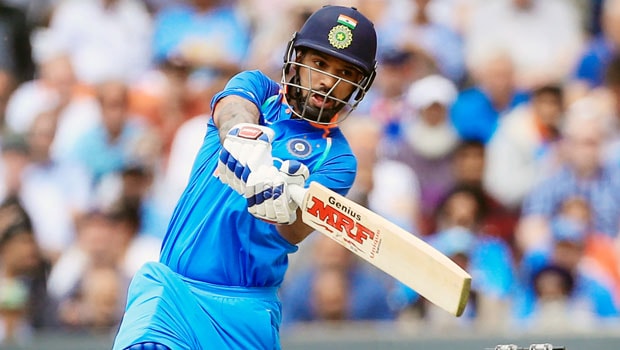 Indian white ball opener Shikhar Dhawan has picked the 2019 World Cup knock against Australia as the one which he keeps close to his heart. Dhawan has played some brilliant innings for the Indian team but that masterful knock of 117 runs off just 109 balls is his favourite.

India was facing reigning champions Australia in the league stages at the Kennington Oval, London. Indian captain Virat Kohli won the toss and had decided to bat first. Dhawan was at his best and scored 16 fours in his innings. Dhawan added a fine opening alliance of 127 with his partner, Rohit Sharma, who scored 57.

Ergo, India posted an imposing total of 352 runs and went on to win the match by 36 runs. Dhawan was awarded the Player of the match award for his superb innings.

However, Dhawan was ruled out of the entire ODI showpiece as he suffered a thumb injury while batting. It was a big blow for the Indian team as Dhawan’s record in big tournaments is immaculate.

Dhawan revealed the same in a Live Instagram interaction with his Delhi Capitals’ skipper Shreyas Iyer.

On the other hand, Shikhar Dhawan also revealed the toughest bowler he has faced in his career. The southpaw picked South Africa’s ace pacer Dale Steyn as the most difficult bowler of his career thus far.

Steyn has breathed down the neck of the best of the batsmen and he had scalped Dhawan’s wicket on two occasions in the Test fold. The Proteas gun fast bowler was able to dismiss Shikhar Dhawan on a solitary occasion in the 50-overs version. On the other side, Shikhar Dhawan had missed the New Zealand tour due to shoulder injury.

The opening batsman was traded from Sunrisers Hyderabad to Delhi Capitals before IPL 2019 in place of Vijay Shankar, Shahbaz Nadeem and Abhishek Sharma.