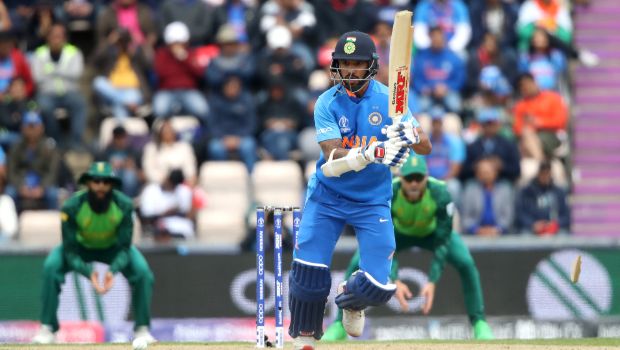 India’s southpaw batsman Shikhar Dhawan has returned to the T20I squad for the forthcoming tour of Australia. Dhawan has impressed in the ongoing Indian Premier League and has earned his place back in the team.

The left-hander became the first batsman to score two consecutive centuries in the IPL and has batted with an impressive strike rate.

Mystery spinner Varun Chakravarthy has also received his maiden call-up after fine performances in the IPL. Chakravarthy recently scalped the best figures in the ongoing season when he took five wickets for 20 runs against Delhi Capitals. The 29-year old Tamil Nadu spinner has thus far played only 12 T20s in which he has snared 14 wickets. Varun replaces Kuldeep Yadav as the fourth spinner in the side.

Meanwhile, India’s white-ball vice-captain Rohit Sharma hasn’t been picked in any of the squad owing to his hamstring injury. Thus, KL Rahul has been named as the vice-captain of both white-ball teams.

Rohit’s absence has paved way for Mayank Agarwal, who has impressed while opening the innings for Kings XI Punjab. Agarwal has scored 398 runs in 10 matches of the ongoing IPL at a blistering strike rate of 155.47.

However, Agarwal might not get a chance to open with KL Rahul as Shikhar Dhawan has made a comeback. On the other hand, Rishabh Pant, who was earlier dropped from the ODI squad has now been dropped from the T20I squad. Sanju Samson, who has scored three fifties in the IPL so far, is named as the second wicket-keeper in the T20I squad.

Furthermore, Hardik Pandya also returns to the T20I squad after making a solid comeback from injury. Pandya replaces Shivam Dube whereas Deepak Chahar also gets back into the squad after missing the previous few series due to injury.