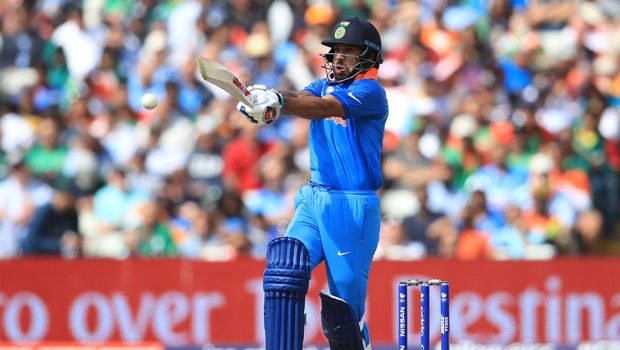 Indian opener Shikhar Dhawan has revealed that he loves batting with his opening partner, Rohit Sharma. Shikhar and Rohit both share a great camaraderie with each other and they have produced the results while opening the batting. Both of them compliment each other while batting and they combine to make a great partnership for India.

Shikhar and Rohit started opening the innings back in 2011. However, the turning point came when former Indian skipper MS Dhoni asked Rohit to open in the 2013 Champions Trophy. Dhawan and Sharma have batted together in 109 innings in ODI format and they have amassed 4847 runs at a consistent average of 44.87.

The left and right-hand combination have added 16 ODI centuries alliances whereas they have put together 14 half-century stands. The duo are the third most successful partners in ODI form for India. Rohit and Dhawan are placed eighth in terms of most partnership runs in the 50-overs fold, which is topped by Sachin Tendulkar and Sourav Ganguly who scored 8227 runs together.

In the T20I fold, Rohit and Shikhar have the most runs as partners. The talisman duo has gathered 1743 runs while opening the innings for the Indian team. They have collectively scored their runs at an average of 33.51. The dual have added four century stands and seven half-centuries partnerships in the shortest format of the game.

On the other hand, Virat Kohli and Rohit Sharma are placed at the seventh place with 4878 runs at an average of 65.04. They have added 18 centuries stands whereas they have scored 15, 50-run alliances. Meanwhile, Virat Kohli had recently stated that he loves batting with MS Dhoni and AB de Villiers, who both can run faster between the wickets.

Meanwhile, Shikhar Dhawan was ruled out of the New Zealand tour due to the shoulder injury. Rohit Sharma had played in the five-match T20I series against the Kiwis but he was also ruled out of the ODI and Test series due to calf injury.