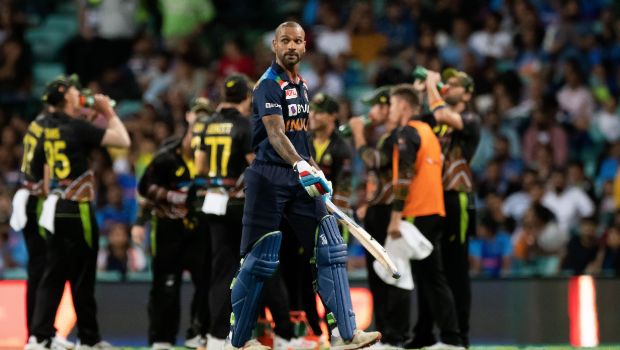 Former Australian spinner Brad Hogg reckons Shikhar Dhawan was a little bit unlucky to miss out in the T20I World Cup squad. Dhawan was expected to be picked as a backup opener for the T20I showpiece but he was ignored by the national selectors.

The left-hander has all the experience under his belt and has also increased his strike rate in the shortest format of the game.

Dhawan had scored 380 runs in the first phase of IPL 2021 for Delhi Capitals and had amassed 618 runs in IPL 2020 at a blistering strike rate of 144.73 and had finished as the second highest run-getter of the previous season.

But India’s chief selector Chetan Sharma revealed that Dhawan is in their loop for the T20 format but they have decided to rest the experienced left-handed batsman.

Brad Hogg said while talking on his YouTube Channel, “Shikhar Dhawan could be a little bit unlucky here, he started to really come off age, he improved his strike-rate for the last couple of months. But I just think that he is a little bit too slow with the way that the T20 format has moved along.”

Hogg added that the team needs aggressive players at the top of the order. Rohit Sharma and KL Rahul are expected to open the innings for the Indian team whereas Virat Kohli and Suryakumar Yadav are expected to bat at number three and four respectively in the mega event.

“You need those aggressive players at the top with a high strike rate to get India off to a good start and when you are competing with the likes of England, who are really dominant in that top order and very aggressive and get a high run rate as early as possible and keep that momentum going.”

“Also, you’re probably going to be chasing high totals here. So someone like Shikhar Dhawan in the UAE might be a little conservative for that particular format. So that’s why he may have missed out,” he signed off.

Dhawan will be seen playing for Delhi Capitals in the second phase of IPL 2021 whereas India will begin their T20 World Cup campaign against arch-rivals Pakistan on October 24.