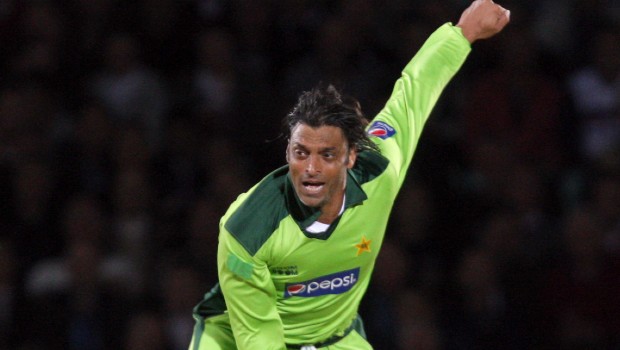 Former Pakistan fast bowler Shoaib Akhtar is open to coaching the Indian pacers if the offer comes his way in the future. Akhtar stated that he wants to share his knowledge with the current fast bowlers and help them improve their skills. The Rawalpindi Express, as he was known during his heydays, believes he can produce more aggressive fast bowlers.

Meanwhile, Shoaib Akhtar had breathed down the neck of the world class batsman with his sheer pace. Akhtar had a beautiful action and always wanted to bowl as fast as he could. The right-arm pacer never compromised on his pace and also bowled the fastest delivery (161.3 kmph) in International cricket.

There is no doubt that Akhtar has great knowledge and he is open to share the same with Indian pacers. Akhtar had taken giant strides in his career and he can really help in guiding the Indian pacers on the right track.

Asked if he is ready to take the India’s bowling coach role, Shoaib Akhtar said in an interaction on HELO app, “I will definitely. My job is to spread knowledge. What I have learned is (ilm) knowledge and I will spread it. I will produce more aggressive, fast and more talkative bowlers than the current ones who will tell-off the batsmen in a way that you will enjoy a lot”.

Meanwhile, the Indian pace battery has shown an upward swing in their improvement graph. The Indian pacers, Ishant Sharma, Jasprit Bumrah and Mohammad Shami have taken giant strides in the recent past and they have been instrumental in the success of the team. In fact, the Indian bowling coach Bharat Arun has also done a great job with them and has helped them reach new heights.

On the other hand, it is going to be unrealistic that the Cricket Advisory Committee will appoint Shoaib Akhtar as the team’s bowling coach. India and Pakistan have shared political tensions between them since the partition and both the arch-rivals don’t even play bilateral series between themselves anymore. Thus, it is going to be hard to see Shoaib Akhtar as India’s bowling coach anytime soon.