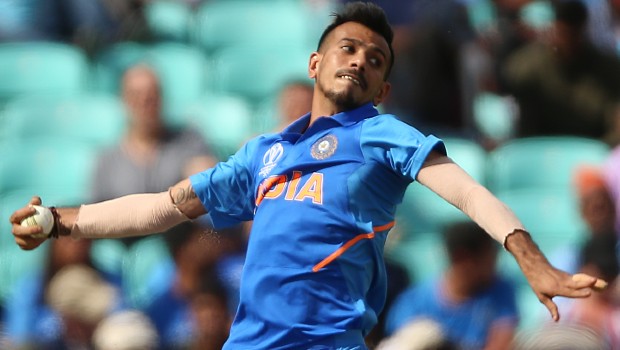 India’s leg-spinner Yuzvendra Chahal rated Pakistan’s veteran batsman Shoaib Malik as a better batsman of spin than Australian talisman Steven Smith. Malik has grown up playing on turning pitches in Pakistan as compared to Steven Smith who is used to the pace and bounce of the Australian tracks.

Thus, there is no doubt that Malik is more used to the conditions of playing the spinners better than Steven Smith. Chahal recalled Malik was playing him with ease in the Asia Cup 2018 as he was rotating the strike on good deliveries too. The right-hander is known to make good use of his feet to get to get to the pitch of the ball and also makes good use of the depth of the crease to play anything which is short in length.

“I was bowling to Shoaib Malik during the Asia Cup and was impressed with the way he was taking singles of good deliveries. I realised that this player has a lot of experience and I think he is better than Steve Smith when it comes to playing spin bowling,” Chahal said on Instagram live interaction.

Meanwhile, Chahal believes Indian captain Virat Kohli and Rohit Sharma are also quality batsmen of spin. Both of these players have all the experience and their track record against the spinners is amazing.

On the other hand, Chahal also rated New Zealand captain Kane Williamson as a great batsman of spin bowling as the right-hander is known to play the ball late.

“Virat and Rohit are obviously quality players of spin bowling so they will be at the top,” said Chahal.

“Also Williamson makes life difficult for spin bowlers because he plays the ball really late, especially on a pitch that is slow,” Chahal added.

Yuzvendra Chahal has also done a good job for the Indian team in the limited overs format. Chahal has bamboozled the best batsmen in the world and he has snared 91 wickets in 52 matches at an average of 25.84.

The leg-spinner has scalped 55 wickets in 42 T20I matches. On the other hand, Chahal has claimed 100 wickets in 84 IPL matches. Chahal will represent Royal Challengers Bangalore in the IPL 2020, if the tournament goes ahead.