Home » Cricket » Shreyas Iyer may have sealed the No. 4 spot for India

Shreyas Iyer may have sealed the No. 4 spot for India 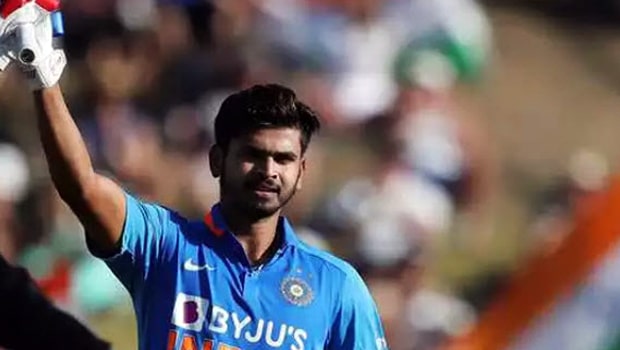 The 25-year-old batsman from Mumbai, Shreyas Iyer is currently having a good run with the bat donning the Indian colours.

He scored his maiden ODI ton against New Zealand at Hamilton in the first match of the recently concluded three-match series. He had amassed 217 runs in the series, which is the most by the Indian cricket team’s No. 4 batsman in a 3 match ODI series.

There were no question about his talent but he didn’t catch selectors’ attention early. He was knocking the doors of the Indian cricket team for the past couple of years but trailed the experienced players who were preferred over him. These players performed well enough to stay in the race for India’s No. 4 slot, but no one was able to seize the opportunity which came their way.

Shreyas Iyer performed well in the domestic circuit and he also showcased his leadership skills in the Indian Premier League where he led Delhi Capitals to the playoffs in the last edition. The failures of his predecessors at No. 4 position opened up a chance for him to prove his worth in the side. Shreyas Iyer was scoring runs in a flurry in the domestic tournaments and made it to the Indian squad.

He is a true rising star of the Indian cricket team who has been in tremendous form right from the start of the home season in India and the team management has also shown great faith in him by giving him the same batting position. He has made full use of the opportunities and taken up the responsibility.

He has got a wide range of shots under his belt and he can prove to be a crucial asset for the Indian team in the long run. No. 4 is an important batting position and his temperament and shot selection makes him a top choice for this spot.

He knows the art of developing the innings and also brings in the feel-good factor with his positive intent. He can keep the scoreboard ticking in tough situations by playing the ball all around the ground and can also accelerate the scoring rate in the death overs.

The youngster has matured over the years and knows how to build his game. He has made a strong statement by scoring 358 runs with an average of 56.9 in 8 innings at No. 4 position.

He is getting better with each passing innings. Team India have been searching for a solid candidate at No.4 for a while and Shreyas Iyer is the answer.